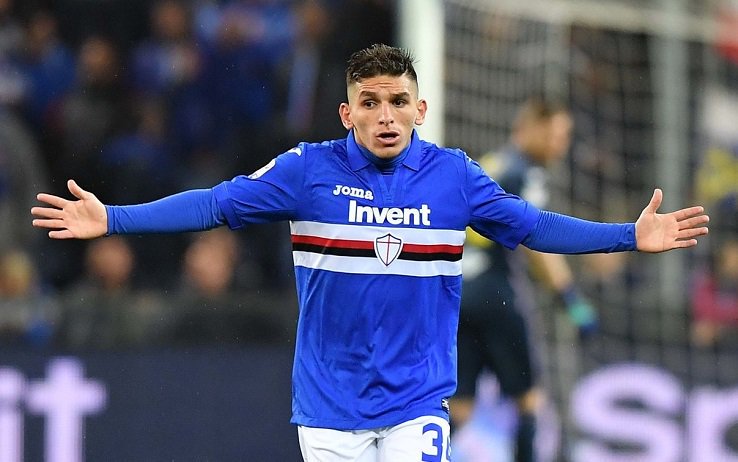 Unai Emery has specified Lucas Torreira as his favourite defensive midfielder transfer target and it is now said that the gunners are ready to pay the asking price of the Sampdoria midfielder in this summer transfer window.

The gunners are ready to meet the £26million amount which is needed by the Italian club for their star player according to reports from Italy. Arsenal was criticized last season for being porous in the midfield so the new manager Unai Emery wants to take care of that problem by bringing in a new defensive midfielder who will give competition to Granit Xhaka and Mohammed Elneny.

Lucas Torreira made 38 appearances for Sampdoria last season and is Unai Emery believes that the Uruguayan international is the right man who he wants at his club but the player is yet to make any comments on the transfer rumours linking him to the Emirates Stadium over the past few weeks.

Arsenal have so far made one signing after bringing veteran defender Stephan Lichtsteiner from Juventus and the manager still has £70million to spend in the summer transfer window since their first signing came for free so they could easily sign Lucas Torreira if they wanted to.

Meanwhile, Arsenal is also linked with a move for Sporting Lisbon midfielder Gelson Martins but have so far had two bids rejected by the Portuguese club.