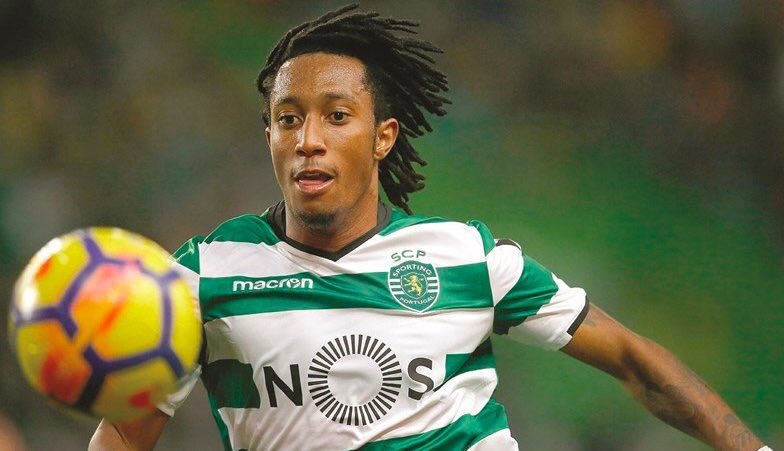 Arsenal are on the look out for star players as new manager Unai Emery tries to revamp the squad before he finally goes to his first season. The gunners are interested in Sporting Lisbon star Gelson Martins and recently had a £26 million bid rejected according to A Bola newspaper.

The same newspaper A Bola which says that the gunners had a £26 million bid rejected says that the North London club has again submitted another bid which is the same as the one rejected earlier and Sporting Lisbon believe it’s insufficient to what they demand, and they boldly rejected it again.

Gelson Martins plays as a winger for Sporting Lisbon and he has been impressive at the club as he has scored 13 goals with 13 assists in 52 appearances and has since attracted interest from some European clubs.

It is reported that the winger wants to leave the Portuguese club in this summer transfer window but his club is not ready to let go of him easily as they will be hoping that a club activates his release clause of £53million which is definitely way beyond what Arsenal would be willing to give because it’s over three-quarters of their summer budget.

Arsenal fans used to criticize their previous manager Arsene Wenger in the past because they believe that he was stingy because he was not willing to let go of money to sign some players which ended up with the club missing out on top stars so they will hope that Unai Emery isn’t the same.

Revealed: Why Arsenal Not Announcing Signing Of Sokratis Papastathopoulos