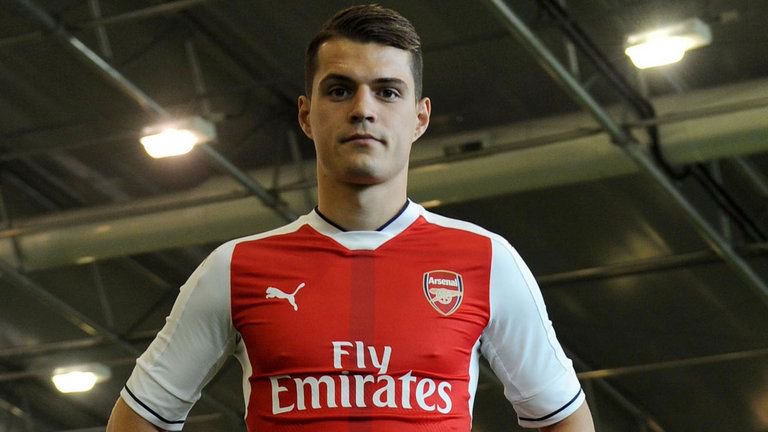 Granit Xhaka is among the few Arsenal players that will be taking part in the FIFA World Cup but there were reports suggesting that the midfielder got an injury when he was training with his fellow Swiss players as they got ready for the competition.

It was thought that it was going to be a tough injury for Switzerland who trust the player as he is among the first team but it’s been confirmed that Xhaka did not get any ligament damage on his knee but rather just getting bruising on his knee which can’t stop him playing football.

Arsenal fans were also worried because a long-term injury to one of their players would mean the club need to sign a replacement yet Unai Emery is on a tight budget of only £70 million yet he has many plans for the money yet it is limited.

It is reported that Granit Xhaka undergone an MRI scan which proved that he is safe to kick the ball in the up coming competition which starts in the coming days. The Swiss team doctor said that the player just got a painful bruise on his knee .

“We could establish that the ligaments were intact but we wanted to play it safe, it’s just a painful bruise on the knee. ” doctor Fournier is quoted by Mirror Sport.

Xhaka had a poor performance in the previous season so he will be hoping to earn back the trust of the Arsenal fans by impressing in the World Cup and also proving to the new boss Unai Emery who will be watching some of his players play in the FIFA World Cup as they wait for the pre-season matches.

Bad News For Gunners As Koscielny Out For Six Months