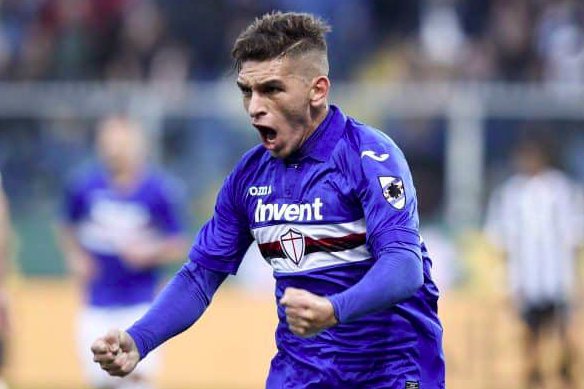 Arsenal have been linked with Lucas Torreira for weeks now and the club will be completing a move to the Emirates Stadium this week according to the Mirror.

The defensive midfielder will likely be the second signing of Arsenal who have so far signed only one player who is a defender but it is said that the gunners also want it to sign a central midfielder who will strengthen the squad because the midfield was porous last season.

Sampdoria told the gunners that they wanted £26.4million for their player and Arsenal has agreed to meet that amount because Unai Emery has identified the Uruguayan international as the perfect player to work well with the formation he will be using next season.

Arsenal confirmed a few days ago that Granit Xhaka has signed a new long-term deal to extend his stay at the club so it looks like the North London club will be letting go of Jack Wilshere this summer, since everyone expected that Unai Emery wanted Lucas Torreira to replace Xhaka but the manager said that he is happy that the Swiss international signed a new deal.

Lucas Torreira was impressive for Sampdoria last season and his performance has attracted alot of interest from many European teams but it is reported that the player prefers a move to Arsenal.

Arsenal To Announce Signing Of Bernd Leno On Tuesday