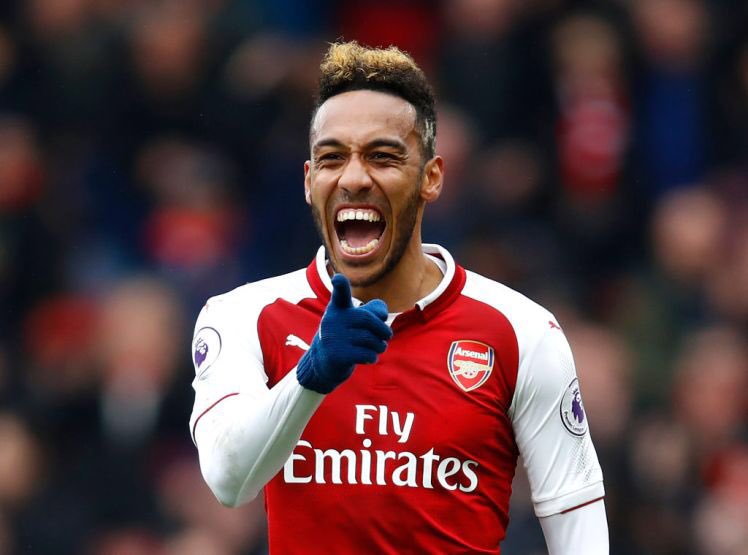 Arsenal striker Pierre-Emerick Aubameyang has been at the Emirates Stadium for just a few months but he has already become one of the most loved players at the club with not just about his performance on the pitch but the vibes he brings into the squad.

Arsenal fans say that Aubameyang always has a smile on his face because every picture of him shows him smiling even if it is in training or at the pitch, he just has to be smiling as well as making fun with his teammates as they prepare for the 2018/19 season.

Here are some of the tweets of Arsenal supporters about the smile of the Gabon international with some saying that his smile brings unity in the team.

Aubameyang must be the greatest guy to have around when you join a new club. The guy can share a laugh with anybody. I swear this guy would even make Voldemort smile. pic.twitter.com/xR5bRoUDLa

Don’t think I’ve seen a smile as contagious as Aubameyang’s since Santi Cazorla.

You just have to naturally like Aubameyang, has this contagious smile and attitude

I bet Aubameyang probably even smiles in his sleep

Aubameyang will be hoping to have a great season with the new Arsenal manager as it will be his first full season at the Emirates Stadium after having arrived at the club in the January transfer window. Arsenal players will have surely enjoyed the company of Pierre-Emerick Aubameyang because the striker has brought fun to the training sessions.