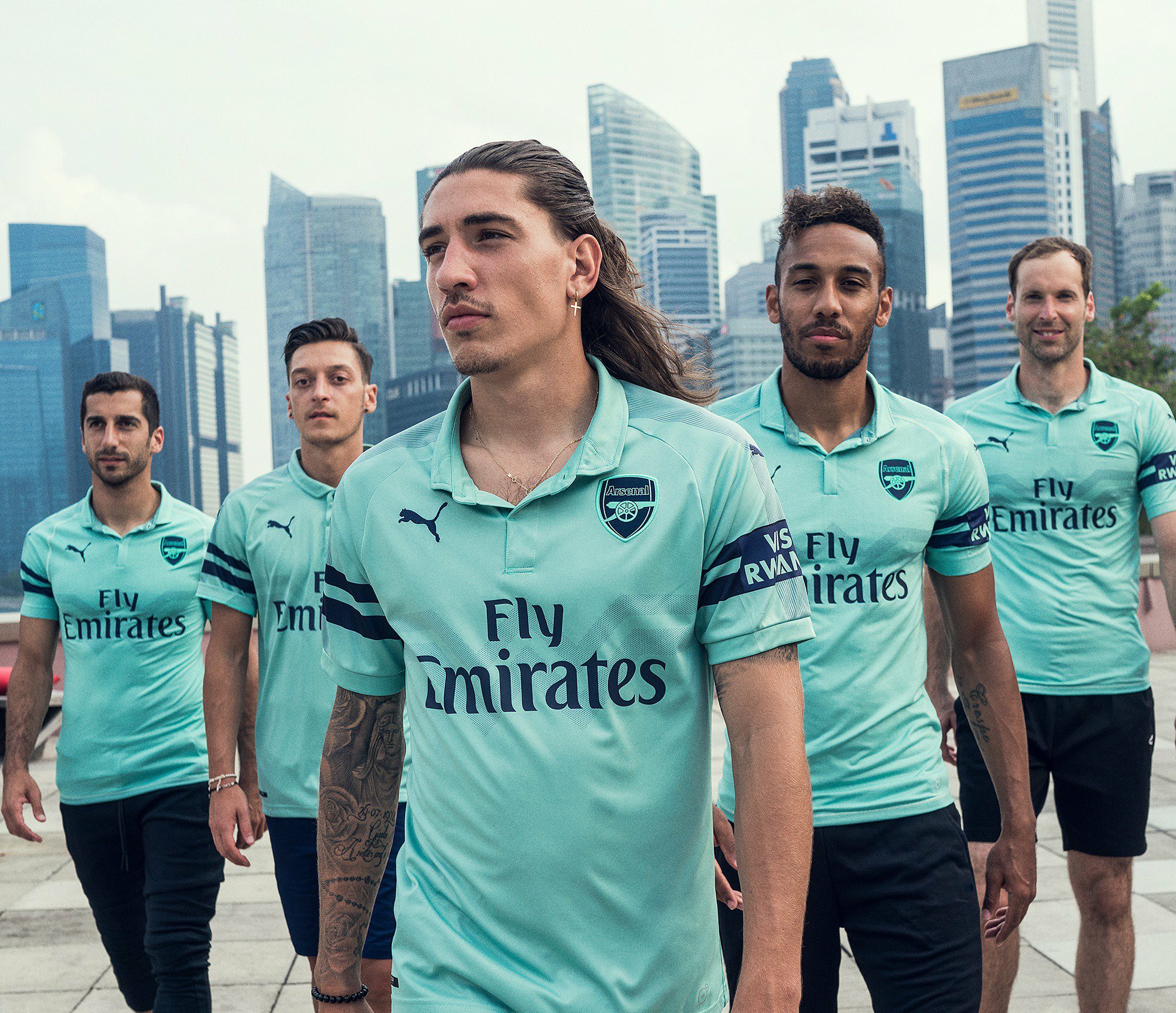 Arsenal has released their lineup to face Paris Saint Germain today at the Singapore National Stadium and Unai Emery has made a number of changes to the previous one which faced Atletico Madrid on Thursday but the club welcomes Mesut Ozil back in the lineup after his participation in the World Cup.

Mesut Ozil has surprisingly been chosen as the Arsenal Captain today and this comes as a big surprise because they have for long been saying that they wouldn’t want to have the German international as their captain even though he is one of the best players.

One other thing which has been observed in Unai Emery’s lineup today is that the manager decided to drop Alexandre Lacazette from the lineup yet the Arsenal fans were hoping to see their star trio of the Frenchman with Aubameyang and Mesut Ozil.

Unai Emery has also started three signings Bernd Leno, Sokratis Papastathopoulos and Matteo Guendouzi as they were impressive in their previous match against Atletico Madrid even though they lost the match. Bernd Leno will be hoping to impress Unai Emery so that he could be his first choice goalkeeper in the upcoming season.

What are your predictions of the match?