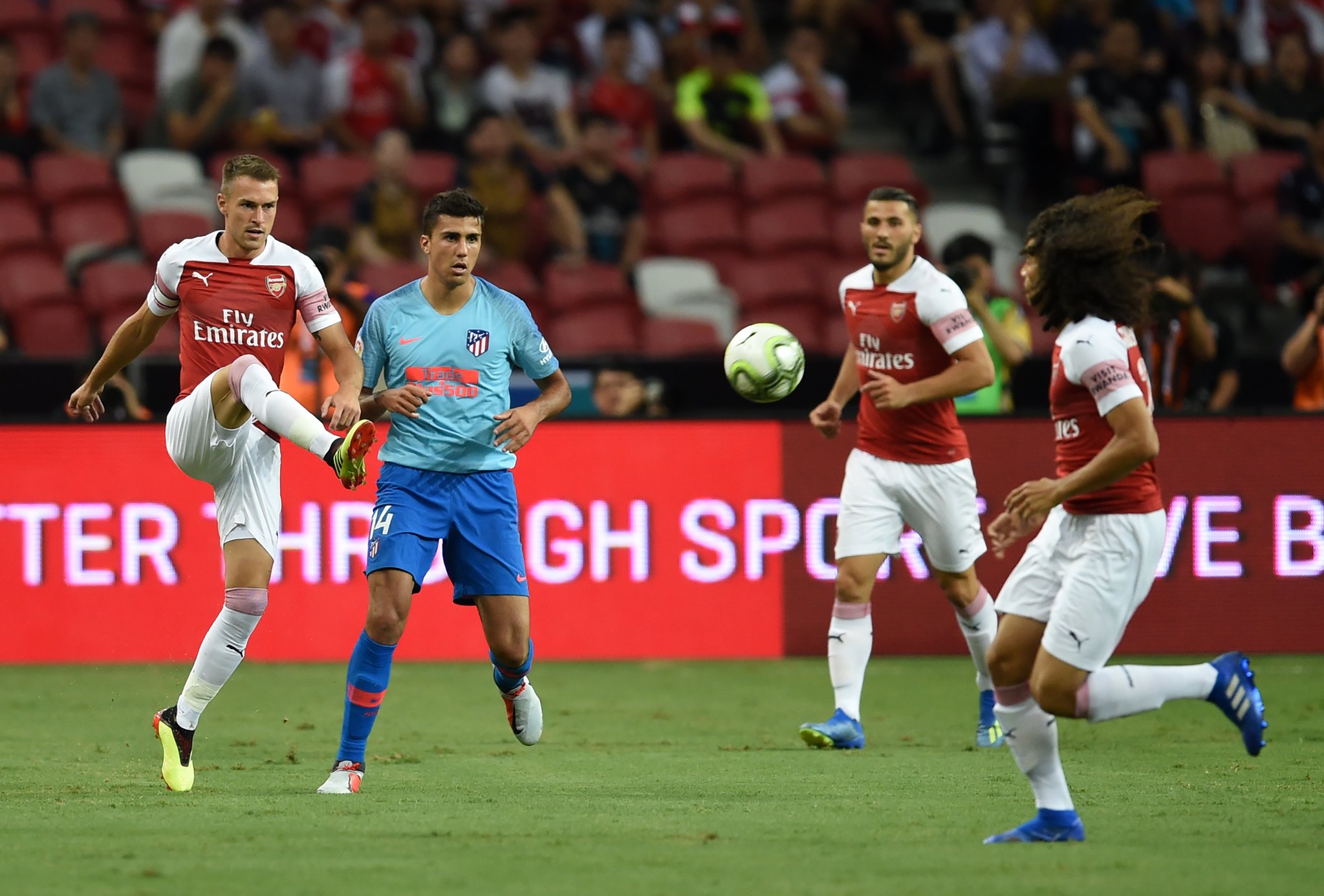 It’s no  longer news that we  got beaten on penalties by Atletico Madrid today at the International Champions Cup. Remember we played them in the semifinals of the UEFA Europa League 3 months ago and “we kissed the dust”.So I felt today’s match was about getting the proverbial “pound of flesh” but that was not to be.

The match began with domination from the gunners but it was the La liga based side that took the initiative through a former Arsenal target,Luciano Vietto who was assisted by another former target, Angel Correa.

Jan Oblak made three saves denying Lacazette at least a goal.Despite Arsenal’s domination, Atletico turned their right side into a “free way” giving the Spanish club some leverage.

It took the gunners two minutes after the interval to level things up through the brilliant 17-year-old  Emile Smith Rowe with a long-range effort after he was  set up by Aubameyang.

Adriano Adan denied the gunners any form of hope after saving three of the four penalties.

Positives From The Match

I love the good connect between Aubameyang  and Emile.With Unai starting with a 4-2-3-1 formation.

We saw a glimpse of how we intend to set up with our high pressing.

Lacazette  was the arrow  head in the attack while Aubameyang was on the left and Nelson  starting on the right.Emile was just behind Lacazette with Ramsey and Matteo holding  forth in the middle of the pack.

The Curious Case Of Krystian Bielik