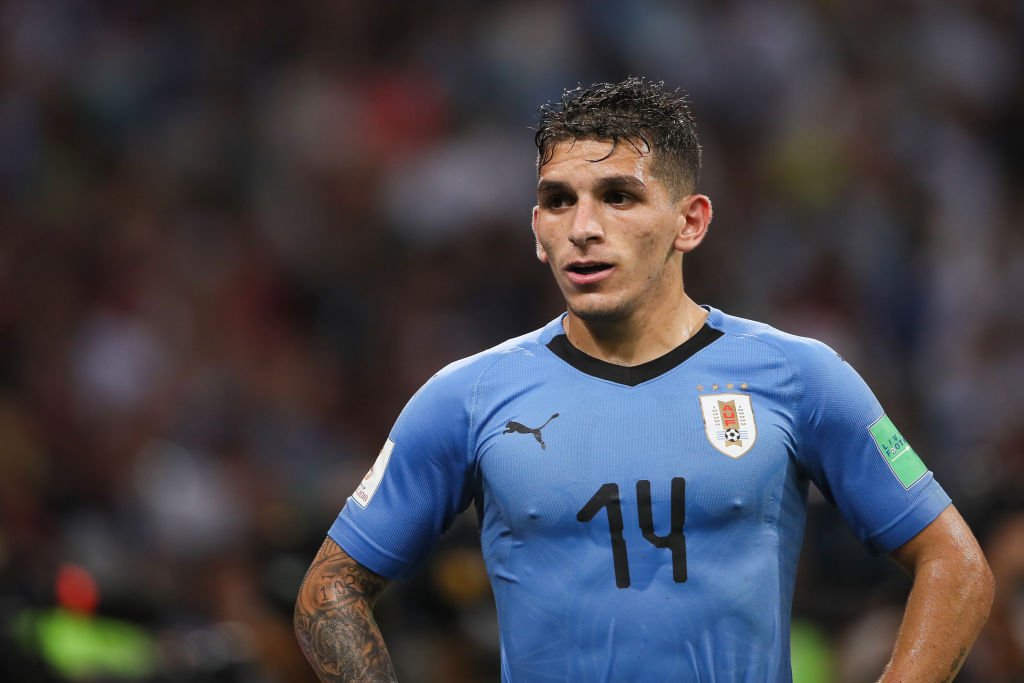 Lucas Torreira has confirmed that he is joining Arsenal this summer transfer window after many weeks of speculations on his future in but it’s now finally over as he will today be unveiled as a gunner.

The Uruguay international was linked with the gunners about a month ago but the rumours turned out to be true after Arsenal officials travelled to Russia to complete the deal but the midfielder rejected the chance to do the medical while on national duty because he said that it is inconveniencing to him.

The midfielder didn’t travel with the rest of the Uruguay squad that went home after being eliminated from the World Cup and the player has confirmed that he is joining Arsenal as he boarded a flight to London this morning.

“I would have been very happy to be able to return to Uruguay with my teammates but this is a fantastic opportunity to Join Arsenal and I don’t want to waste it.” Lucas Torreira told Telenoche.

The player is expected to have his medical today at the London Coloney and after the club will unveil him as a new signing but he will likely not be among the Arsenal squad that goes to pre-season tours since he needs a break from World Cup participation.

Report: Unai Emery Has Influenced The Transfer Of Matteo Guendouzi To Arsenal