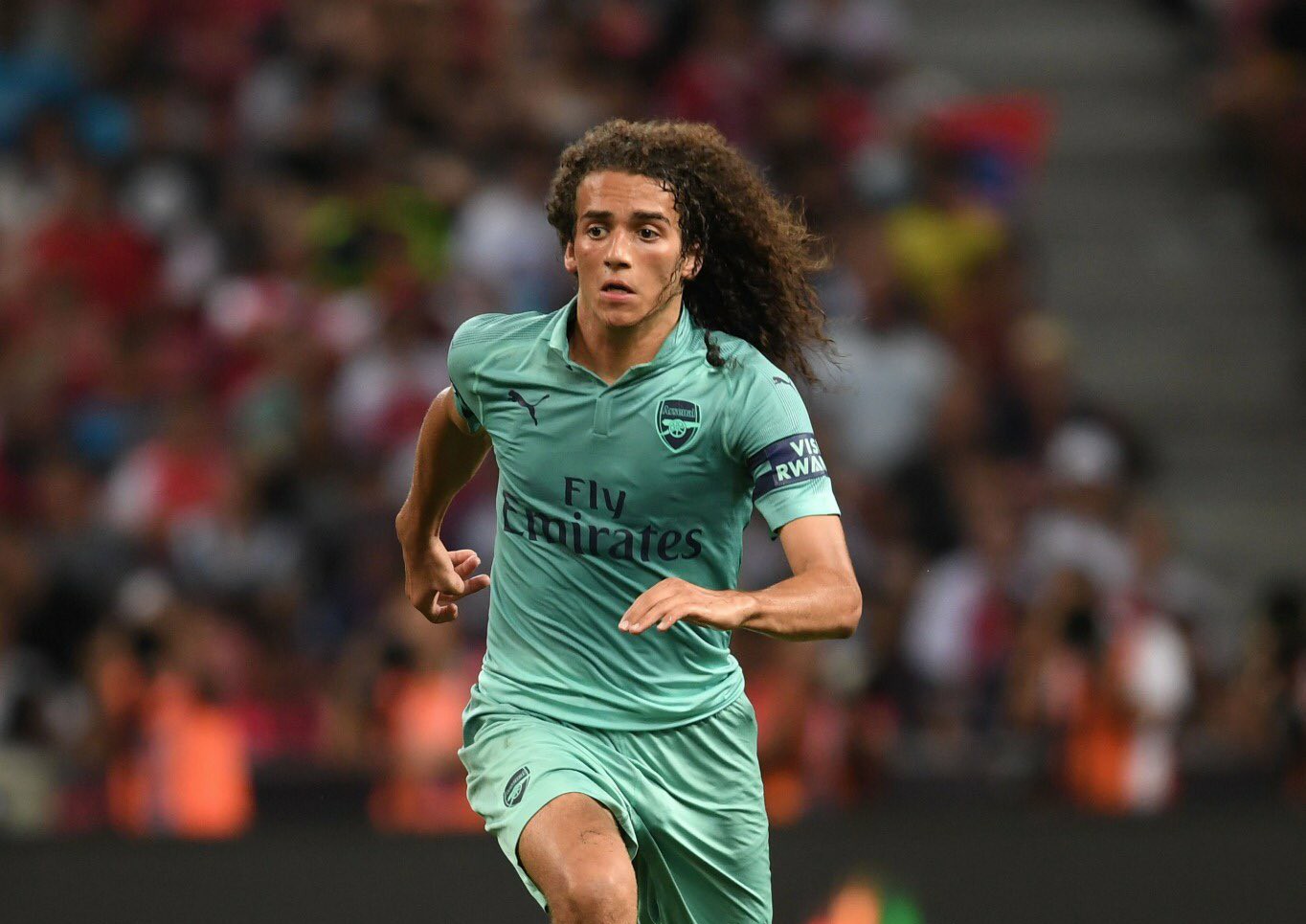 Arsenal signed Matteo Guendouzi in this transfer window from Lorient for undisclosed fee and the young talented midfielder was chosen among the squad that travelled to Singapore where they gunners played International Champions Cup matches with him featuring in two.

Matteo Guendouzi has already become a fan favourite at Arsenal after the midfielder showed incredible performances against Atletico Madrid and Paris Saint Germain which has caught the eyes of the fans who believe that the player should be in Unai Emery’s starting eleven next season.

Matteo Guendouzi has however said that he understands that Unai Emery does have a very big squad but says that he will be happy to get more chances in the starting eleven of Unai Emery when the Premier League starts in August, he was asked whether he hopes to play in the first team and he replied;

“Yes I hope to play, that’s true but this is a big squad with alot of great players with alot of experience.” Matteo Guendouzi told AFP.

“It’s a question of working, working and afterwards the coach will make his choices but I hope to play a few games.”

Matteo Guendouzi continued and said that it is just the beginning of his adventure at the Emirates Stadium but he will be hoping to make impact at the club in his first season even though it is believed that he will be with the under-23 squad since he is just 19-years-old.

Guendouzi plays as a central midfielder and he will have one more chance to impress Unai Emery when the gunners face their arch rivals Chelsea in Ireland as they end their 2018 International Champions Cup campaign.

Unai Emery hasn’t revealed whether he will be hoping to make Matteo Guendouzi a regular play in his starting eleven next season but his performance might have earned him that opportunity because he has the support from the Arsenal fans who have already started calling him the next “Zinedine Zidane”.