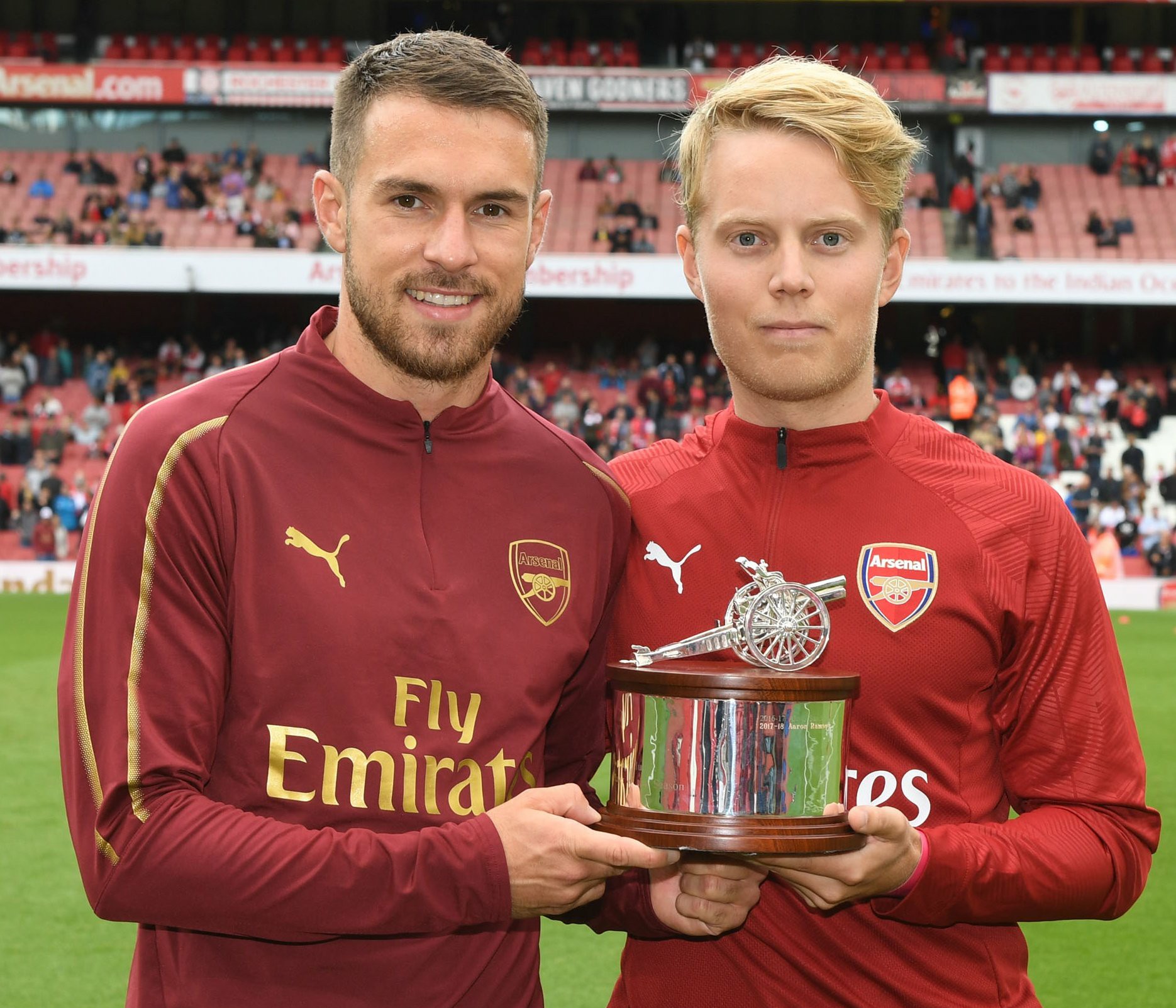 ( Aaron Ramsey with his award )

Arsenal star Aaron Ramsey was yesterday given his award for being gunners best player in the 2017/18 season, the Welsh international was voted by majority of the Arsenal fans due to his performance that year.

The gunners yesterday defeated West Ham United 3-1 and it was a perfect time for the club to give him his award, and the club then took to Twitter to update the Arsenal supporters who were not present at the Emirates Stadium on Saturday as they tweeted a picture of Ramsey holding it.

Yesterday saw Aaron pick up the trophy for Player of the Season 2017/18 pic.twitter.com/Pdt9Eylxck

Some Arsenal fans however replied and said that Nacho Monreal deserved it than Aaron Ramsey because he had a fine season in the previous campaign. Arsenal as a club had one of the worst seasons ever but the Welsh international does have stats which show that he contributed much for the North London club last season.

So overall, Aaron Ramsey had a hand in Arsenal’s 19 goals last season which isn’t bad for a player who is a central midfielder but Unai Emery will also be expecting from him a similar performance this season as the gunners embark on a journey without Arsene Wenger for the first time after two decades.

Arsenal fans are however worried that Aaron Ramsey might leave the Emirates Stadium in the January transfer window as Alexis Sanchez did this year, the Welsh international too hasn’t signed a new deal.

Lucas Torreira Opens Up On His Happiness After West Ham Win