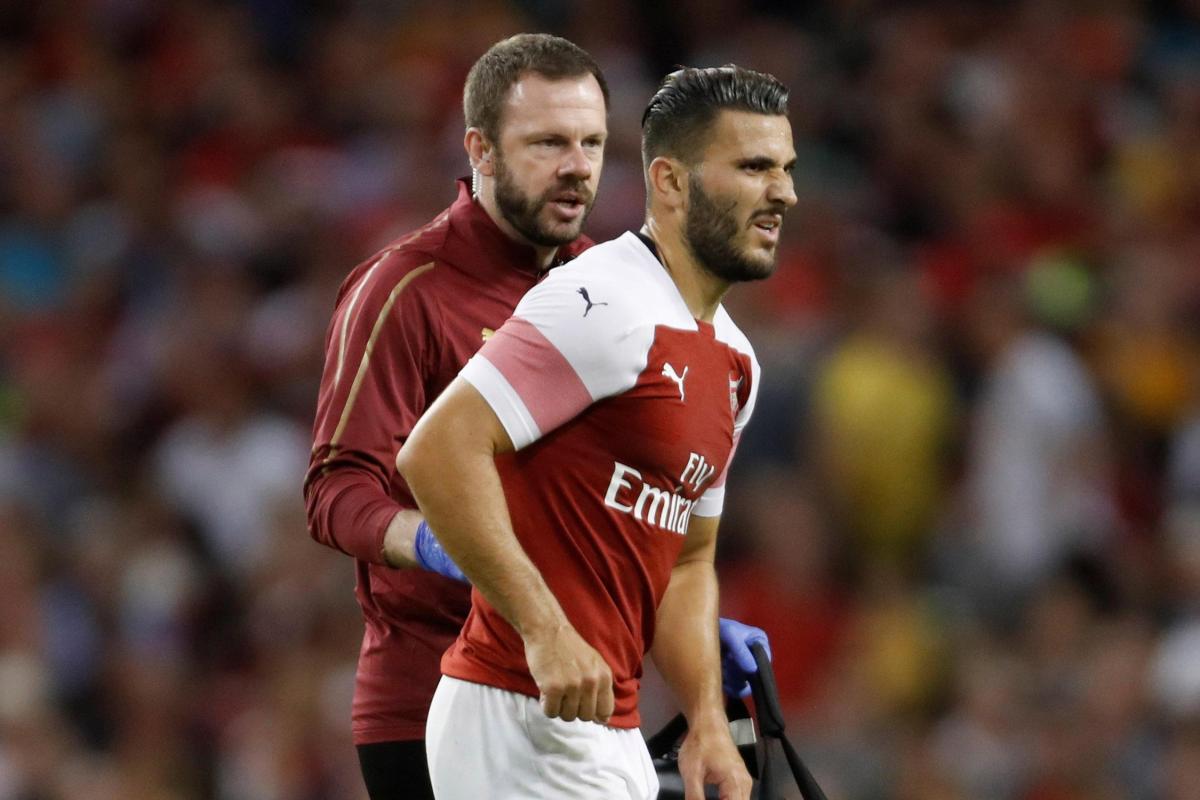 Arsenal will be playing against Manchester City on Sunday and this will be a special one for the fans because they will be hoping to see the performance of their new manager in the 2018/19 Premier League campaign.

Arsenal players have trained so hard as they get ready for their first match the Premier League Champions and Unai Emery will be hoping that they don’t disappoint him because he will be hoping to get a great start to his reign at the Emirates Stadium.

The club has however released a statement on the current injuries it has ahead of their match against Pep Guardiola’s men.

The club says that the Welsh international has resumed training but didn’t reveal whether he will be available for selection against Manchester City. This comes as good news to gunners because he is an experienced midfielder and his services will be needed on Sunday.

The left back won’t be available on Sunday as he is out for 8-10 weeks due to a knee injury which he sustained in the pre-season.

The centre back will obviously not be available on Sunday too and the club also confirmed this as it says that the French international aims to return to training at the end of this year.

So as per the current information, only two Arsenal players are confirmed to miss the season opening match against Manchester City.

Arsenal Gets Two Major Injury Blows Ahead Of 2018/19 Season