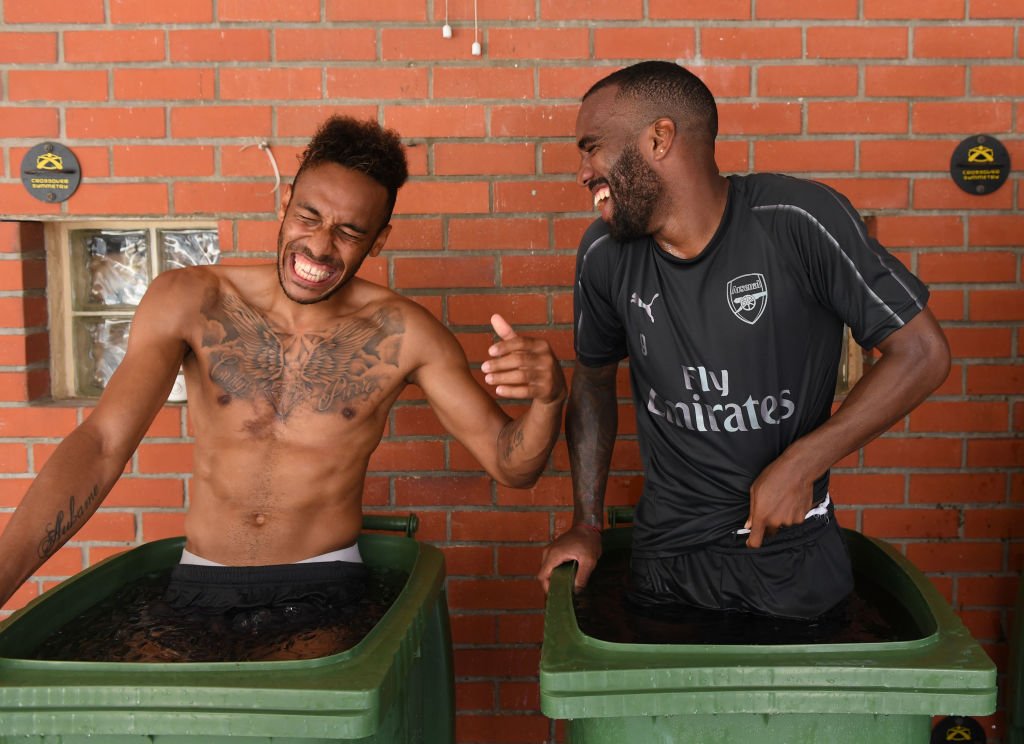 Pierre-Emerick Aubameyang has told Unai Emery he is willing to move to the wing if he wants to find a way to accommodate Alexandre Lacazette in Arsenal’s attack.

The two strikers are both competing for the central attacking position at Arsenal this season, with the Gabon international getting the nod to start Sunday’s 2-0 defeat to Manchester City.

But Aubameyang switched to an unaccustomed wing role during the second half when Emery brought on Lacazette as a replacement for Aaron Ramsey.

And when asked about his relationship with his rival for the Arsenal’s strikers role, Aubameyang told ESPN: “We really get on well. There is a spark between us when we are both on the pitch together.

“We look for each other, we saw it on Sunday against City when he came on.I don’t mind playing on the left if Laca is in the centre. We both want to do our best for the team.”

Aubameyang has also pleaded for patience from Arsenal fans as new coach Emery bids to impose his style on the club.

The games don’t get any easier for Arsenal either, with Chelsea next on the agenda and Aubameyang said:

“We still need some time to adapt to the new manager and to integrate the new players.”

“It is hard to test ourselves in a first game like this against City because they are so strong.”

“We have to stay positive, work on the things we did well and improve on the rest.”

Pierre-Emerick Aubameyang also says that they will have a better idea on Saturday when the gunners face Chelsea at the Stamford Bridge, he says that the new message of Unai Emery is all about showing character because he wants them to be pressing the opponents when they don’t have the ball.