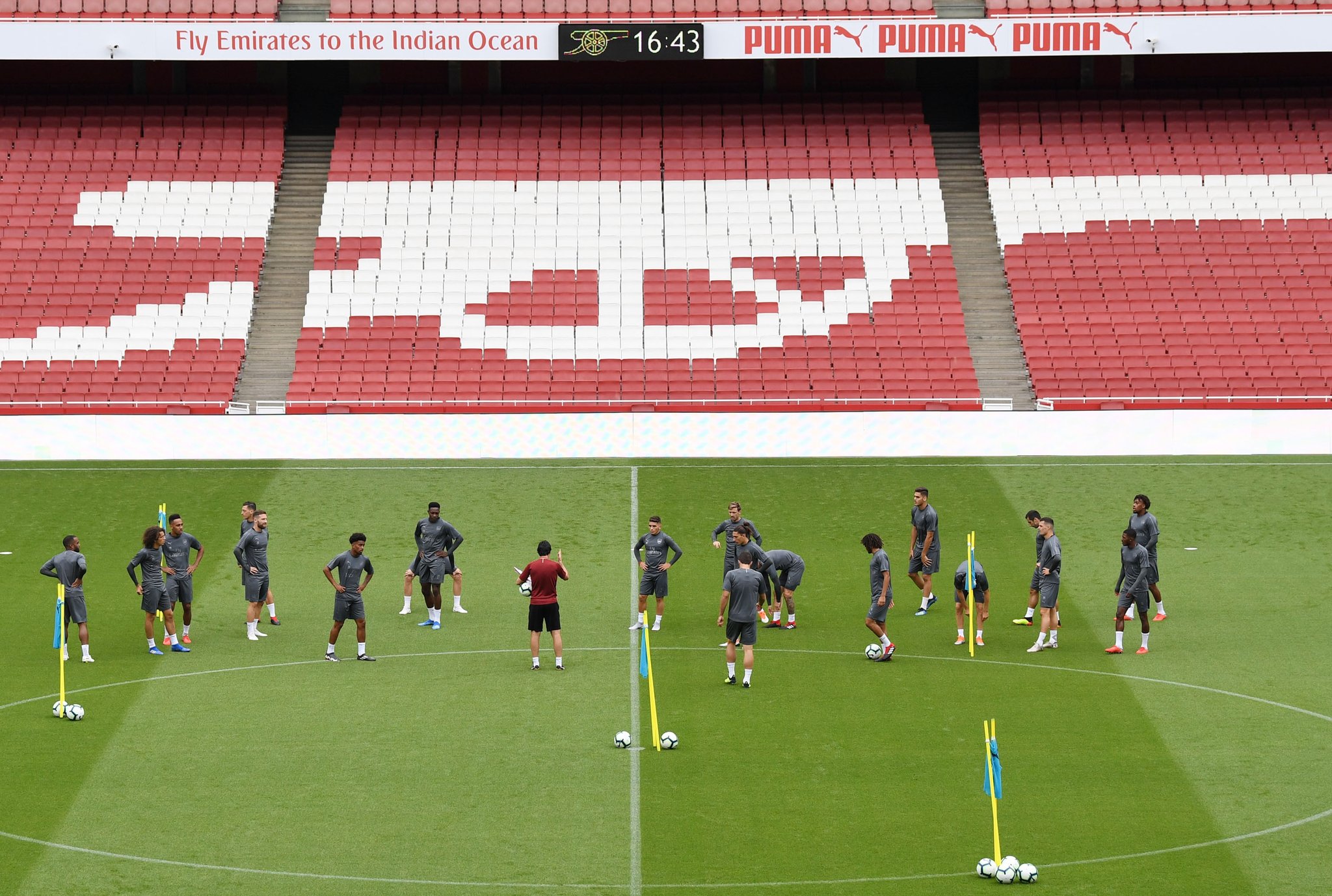 The gunners will welcome Manchester City at the Emirates Stadium today and this will be Arsenal’s first match of the 2018/19 season, the EPL calendar fixture so the gunners begin the new campaign against the defending champions.

Arsenal new manager Unai Emery will be hoping that his players don’t disappoint him today because everyone associated with the gunners has immerse confidence ahead of their match against Manchester City.

So let’s take a look at the expected Arsenal lineup to face Manchester City today.

The gunners signed a new goalkeeper this summer but the manager has hint at making Petr Cech his first choice goalkeeper this season and so we expect Unai Emery to begin the Czech Republican international in-goal against Manchester City.

The right back wasn’t at his best last season and the Arsenal supporters hope that Stephan Lichtsteiner replaces him from the starting eleven but we don’t expect Unai Emery to start the veteran right back in such an important match like this.

Both of Arsenal’s first team left backs won’t be available for the match against Manchester City so Ainsley Maitland-Niles will likely start today.

The German international will likely start for the gunners in the defensive area.

The gunners don’t have many options so Unai Emery will likely start him against Manchester City today.

The Uruguay international will likely get given his debut at the Emirates Stadium today.

The Arsenal midfielder will also get a start today since the gunners will play a formation which requires two central midfielders.

The Armenian international will likely get a start today as Unai Emery will need his players to feed Aubameyang crosses in the match.

Rumours say that the midfielder is un fit but Unai Emery might risk him today since they are playing a big team.

The German international will for sure start today’s match because his services will be needed today.

The Gabon international has been impressive in the pre-season so he will likely start today’s match.