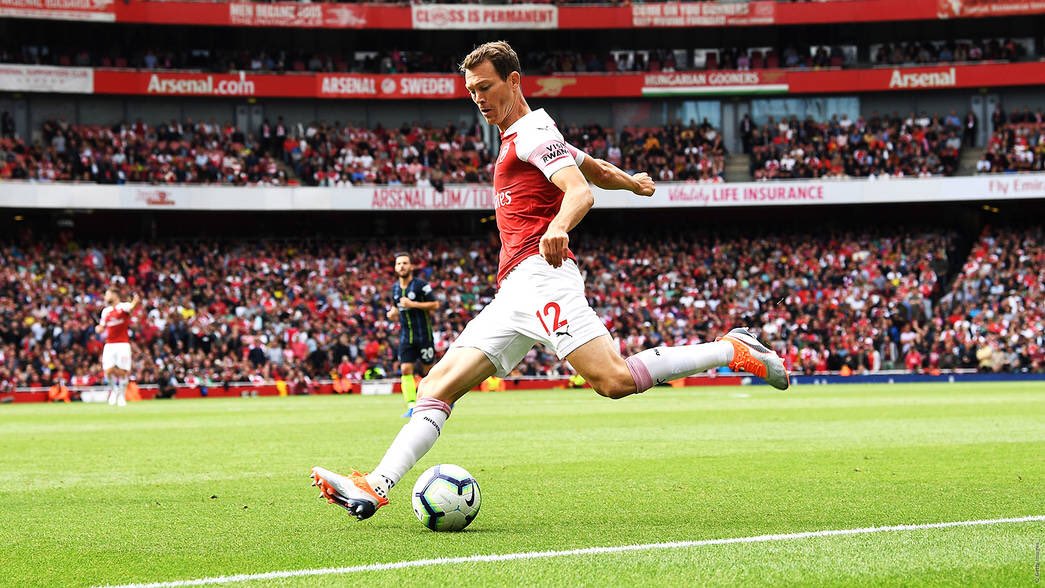 Arsenal veteran right back Stephan Lichtsteiner was on bench on Saturday when the gunners faced Chelsea at the Stamford Bridge but his services were greatly needed in that match because the blues bossed the match so a person of his calibre would have helped the North Londoners.

The former Juventus defender played in Arsenal’s match against Manchester City on Sunday after Ainsley Maitland-Niles got injured and the gooners liked his performance, and they urged Unai Emery to start him ahead of Hector Bellerin on Saturday but the manager didn’t accept their plea, and he benched the Swiss international.

Unlike other players, Stephan Lichtsteiner did speak about Arsenal’s match against Chelsea even though he didn’t start and  took to Twitter to say that they still have a lot of work to do because results aren’t going their way.

The Arsenal fans will be hoping that Unai Emery would have a change of mind and be playing Stephan Lichtsteiner instead of Hector Bellerin because they are usually criticizing him with some saying that he isn’t impressive as he was in 2015.

Mkhitaryan Makes Verdict On Arsenal’s Loss Against The Blues