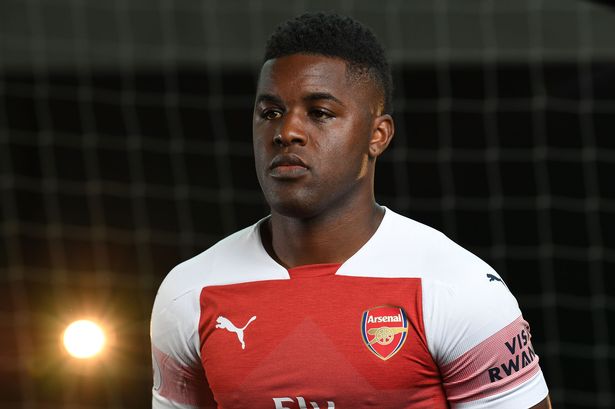 Arsenal forward Joel Campbell hasn’t played for the gunners in the last two years as he has got loaned to different clubs at the start of each new season but reports suggest that he could permanently leave this summer.

Most Arsenal supporters might have forgotten him but the forward was one of the most hardworking players at the Emirates Stadium when he was still a regular at the club. Here are three reasons why Arsenal should not sell him this summer.

1.Arsenal needs a good winger in its squad

Before the transfer window closed, the gunners were linked with world-class wingers like Ousmane Dembele but they failed to get one and even though Joel Campbell isn’t a top player, he is a multipurpose player who is both a good winger and striker so what he needs is just a chance to show how he is versatile.

Arsenal has a bad history of getting injury crisises in the midst of the season which sees them using some youngsters from the academy so having Joel Campbell as a back up player will be a great choice for Unai Emery.

3. The forward has Arsenal at heart

The Arsenal forward has been loaned many times but he has never opted for permanently leaving the Emirates Stadium because he still hopes that he will get a chance to make it back to Arsenal’s first team squad.

So that’s why we believe that Unai Emery should not sell Joel Campbell so you can also tell us in the comments if you believe he should stay.

Can Stephan Lichtsteiner Be An Arsenal Captain?