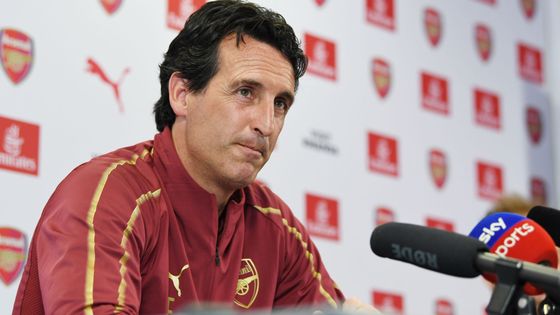 Arsenal host Championship side Brentford in the third round of the EFL Cup aka Carabao Cup and here is what to expect;

Unai Emery is expected to follow the tradition of fielding a rotated side for the cup matches which includes reserves and promising youngsters from the academy.

The Gunners head coach made a string of changes in the Europa League tie last week before recalling first-team regulars for the Premier League win over Everton. Henrikh Mkhitaryan (ankle) and Sokratis Papastathopoulos (leg) could miss out.

Academy product Emile Smith Rowe is in line to make his full debut while other fringe players will be hoping for a chance to impress as Laurent Koscielny (Achilles), Sead Kolasinac (knee), Ainsley Maitland-Niles (leg) and Carl Jenkinson (ankle) remain absent.

The other players to watch out for from the academy are Eddie Nketiah and Joe Willock while Bernd Leno and Mohamed Elneny together with Danny Welbeck are reserves in pole position to start.

Unai Emery Emery is in position to get his sixth win in a row across all competitions but must field a decent side against Brentford as he avoids a surprise early exit from the competition like what happened in last season’s FA Cup match against Nottingham Forest.

Arsenal boss Unai Emery has already confirmed that he values this competition as the others and this could mean that he won’t field a weak side to face Brentford because he wants to win it.