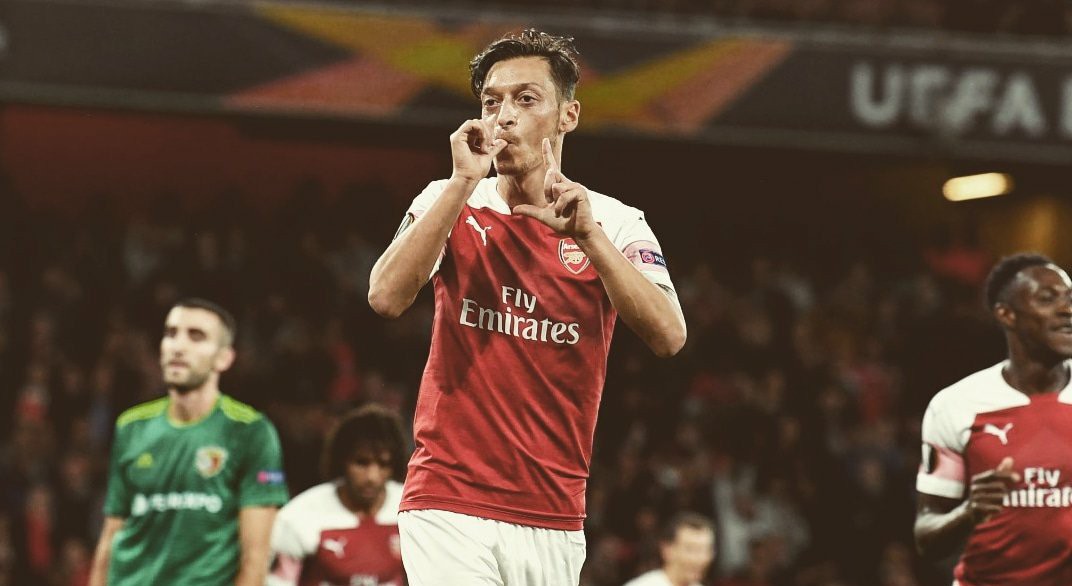 Arsenal midfielder Mesut Ozil has been at the Emirates Stadium for five years now and he has been nicknamed “assist king” by most Arsenal supporters for his great eye to assisting his teammates to score goals.

Mesut Ozil’s best season at the Emirates Stadium was in 2015 when he registered 19 assists and scored six goals, the German international came close to breaking Thierry Henry’s Premier League assist record but failed and most Arsenal fans blamed their then striker Olivier Giroud for being a poor finisher.

After that season, Mesut Ozil has not been at his best and in 2017, there was the transfer saga of him not agreeing to sign a new deal yet he had went into the final of his contract but then later showed his love for Arsenal when he agreed to put pen to paper to a new deal to extend his stay at the Emirates Stadium.

So, the current Mesut Ozil might not be the same as the one of three years ago but Arsenal now has many forwards who are also creative, so it’s more of a team play nowadays. The German international is no longer the only player carrying Arsenal on his back as in the past and he is better the way he is!

The Ivan Gazidis Saga, Who Replaces Him And What Now For Arsenal?