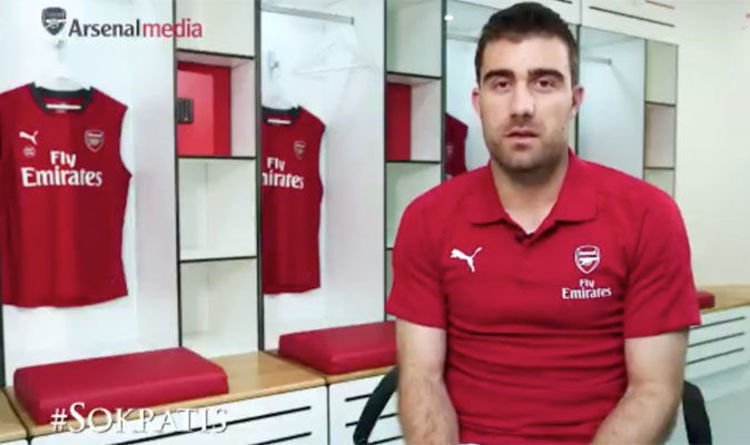 Arsenal completd the signing of Sokratis Papastathopoulos from Borussia Dortmund for a fee believed to be around £16million, the Greek defender has played in all of Arsenal’s matches this season so far.

Sokratis Papastathopoulos was Arsenal’s second signing of the summer and his move to the Emirates Stadium made the fans happy because they were worried that they would face defensive problems this season because Laurent Koscielny is currently unavailable due to an Achilles injury. So let’s take a look at an overview on if Sokratis Papastathopoulos has been a great signing for the gunners this season.

(1) Not quite what the Arsenal fans expected

The Arsenal fans expected Sokratis Papastathopoulos to be a no-nonsense defender due to the clips which they watched when the transfer rumours had started linking him to the Emirates Stadium, they have now signed him but they have however saw him being very soft at Arsenal than he was in the German Bundesliga.

This could be because he hasn’t got used to the Premier League yet but the Arsenal fans will be hoping that he gets back his intimidating face on the pitch so that he can scare away opponents.

(2) Sokratis not working well with Mustafi

Unai Emery has decided to partner Sokratis Papastathopoulos and Shokdran Mustafi in Arsenal’s first four matches of the new season but their combination seems not to be working out well because the players don’t have each others back.

Sokratis Papastathopoulos is sometimes caught off guard hence leaving all the work to Shokdran Mustafi to defend the goalkeeper, the Greek international has even been poor in the air even though he is a very player.

So, Arsenal fans will be hoping that Laurent Koscielny recovers quickly so that he could play with Sokratis Papastathopoulos because everyone believes that these two could work well when together at the back.