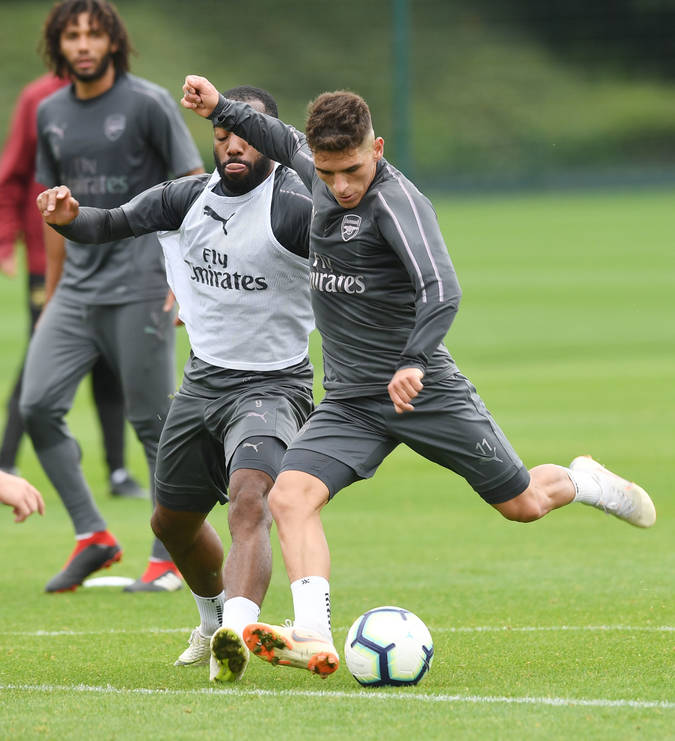 Arsenal played on Thursday night against Vorskla and won the game 4-2, and the players have today been on the training grounds as they prepare for their next match against Everton which takes place on Sunday.

Arsenal is currently in the ninth position on the Premier League table and their match against Everton will be very important for them because it might help them get nearer to the top four if they are able to defeat the them. So Unai Emery will be hoping to see his players get the job done on Sunday.

The Arsenal players including those that participated in the Europa League tie against Vorskla were today in training and the club tweeted a video on their official Twitter account, you can watch it below.

Training under the Colney clouds ?

The video shows the players at the London Conley and it seems they arranged a simple training match, and Mesut Ozil scored a great goal and the Arsenal supporters will be hoping that he does get on the score sheet on Sunday when they welcome Everton at the Emirates Stadium.

Arsenal boss Unai Emery will be afraid that his players might get fatigued because of playing three matches in a small time but good enough, they have won two and will now hope to also defeat Everton in the coming days.