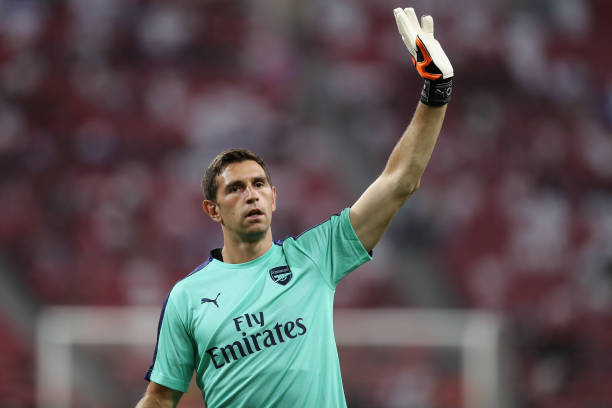 The Unai Emery revolution of Arsenal Football Club continues. The most remarkable thing about this new Arsenal team is the way old players have stepped up their game. So far we have seen Iwobi, Xhaka, Mustafi and Cech all playing at a different level this season.

However as much as we have seen Unai transform some players, we are yet to see what the bench has to offer in competition for the starting XI. One such player who has not featured much is 24-year-old Emiliano Martinéz. The Argentine is a decent goal keeper who rose through from the Academy.

He has played In Cup games in previous seasons but is yet to play for the gunners in this 2018/19 campaign. This season with the exit of Ospina, Emiliano has become the 3rd choice goal keeper. It has been a bit hard for the Argentine to really show case his skills as we have seen a resurgence of Petr Cech, who seems to be getting better and better. Cech only giving away his place due to injury.

The system Unai Emery has introduced demands that the keeper plays a sweeper role. That is being comfortable with the legs and initiating attacks from the back.

Despite that, Unai may need to rotate the goalkeepers to allow the young Martinez to also demonstrate his progress in this new way of play. Not only for rotation sake but also to increase the confidence of the 24-year-old who maybe called upon if the gunners were to lose both Leno and Cech.

Having three top class keepers will increase Arsenal’s chances of playing in as many competitions without having to worry much about who stands between the goal posts. With Arsenal having high chances of finishing first in the Europa League group E, Unai Emery should have no problems playing Emiliano in-goal in their next Europa league fixtures.

How Unai Emery Can Get The Best Out Of Danny Welbeck