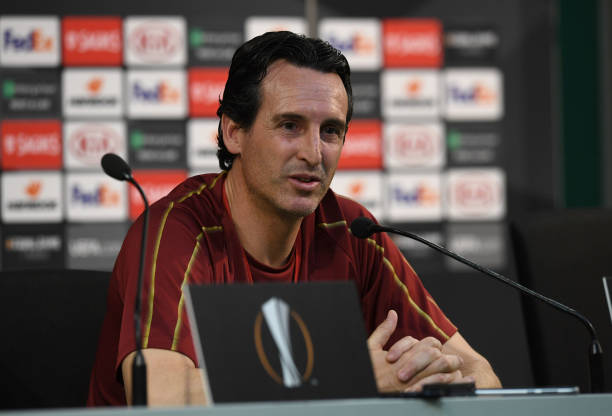 Arsenal played against Sporting Lisbon on Thursday and won the match 0-1 thanks to a late second half goal by Danny Welbeck. Everyone thought that it was gonna be a draw since the English man scored in the 77th minute.

Arsenal had a very disappointing first half in Portugal because they were unable to find space in the Sporting Lisbon defence which looked determined to protect its goal until the referee blew the whistle for full-time.

Arsenal’s striker Pierre-Emerick Aubameyang was also seen isolated through out the first half because he failed to make an impact even though the North Londoners had most of the possession. The first half ended with the score board reading 0-0 and Unai Emery’s expression as he went to the dressing room showed how un happy he was.

Unai Emery has revealed in his post-match press conference what he told his players in the dressing room at halftime.

“We cannot impose our ideas in the first 45 minutes but in the second half we have the chance and the opportunity to change the result and continue in our way, thinking only to win this match and to improve things in the second half.”

“I think we did that in the 45 minutes of the second half. But we need to continue finding the solution for us to be better in the first halves.”

Unai Emery’s advice must have given the players some more momentum to look for a win because the Arsenal team was better in the second half even though it failed to score many times until Danny Welbeck finally put the ball into the back of the net.

Unai Emery and his squad have probably spent the night in Portugal and will travel back to London on Friday so that they could focus on their Sunday match against Crystal Palace at the Selhurst Park.

Unai Emery Reveals How He Improves His Players