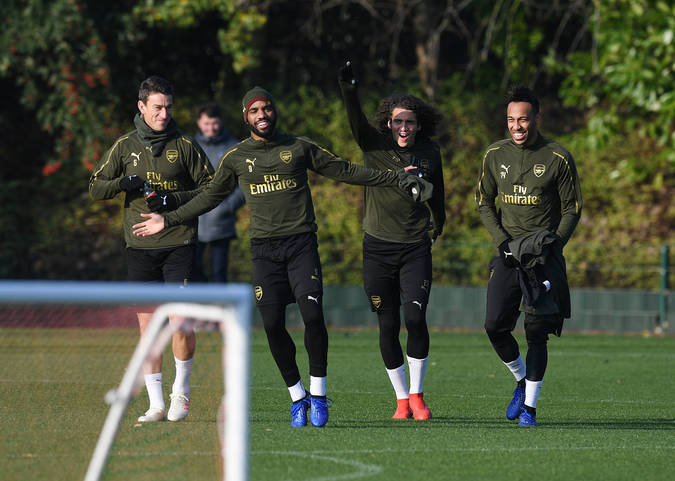 Bernd Leno was impressive in the absence of Petr Cech and it seems Unai Emery has now made him his first choice goalkeeper. He saved Arsenal in its match against Wolves two weeks ago.

Unai Emery has already confirmed that Nacho Monreal isn’t available so Arsenal’s full backs will be Bellerin and Kolasinac. Even though Sokratis has returned but Holding and Mustafi partnership is great even though they have made mistakes in some matches.

Lucas Torreira and Granit Xhaka have been stabilizing the Arsenal midfield for months so I don’t think it will change today. Unai Emery will however be hoping that Xhaka doesn’t make any big mistakes again.

Arsenal’s luck of winning in the second half has ended and so I believe Unai Emery will select a team that has many attackers so that they can score goals in the first half. So Arsenal’s attacking trio will consist of Mkhitaryan, Ozil and Aubameyang.

Alexandre Lacazette has been great this season and he will be hoping to get more goals today, and Unai Emery can’t bench him so he will probably be in the starting eleven.