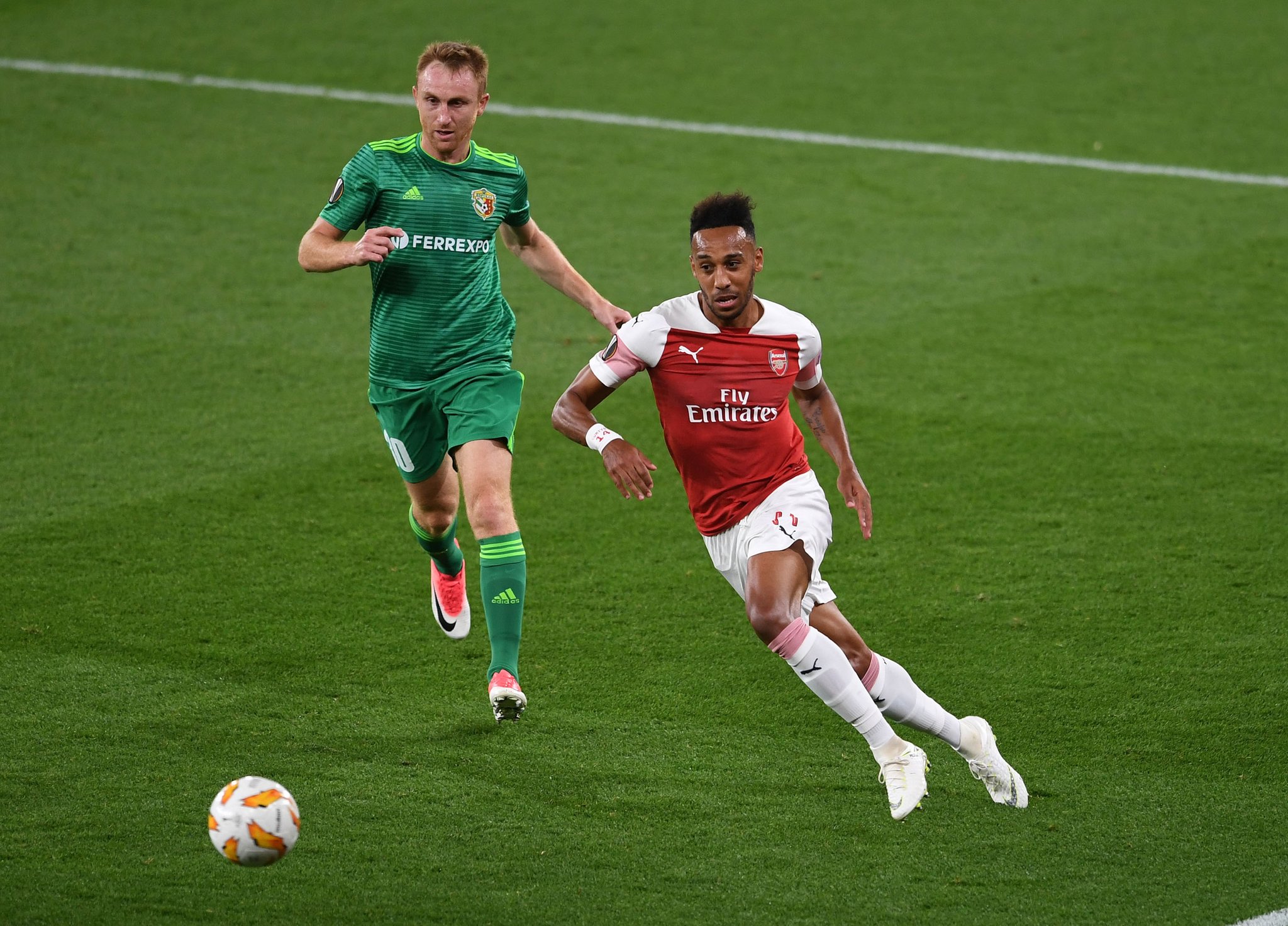 ( Arsenal Vs Vorskla / Photo via Getty )

Despite the security threats with the recent turmoil in Ukraine, UEFA has given a go ahead to this match but with a slight change in the venue. It will now be played in Kiev at the Olimpiyskiy Stadium, home to Dynamo Kiev.

The Gunners will be out to argue their case strongly after drawing 0-0 in their last Europa League match against Sporting Lisbon. The London outfit will be aiming for maximum points despite having practically made it to the next stage of the competition.

Arsenal are 17 games without tasting defeat in all competitions this season thus they will try to keep the run going. For tomorrow’s encounter, Unai Emery will be making a cautious line up having in mind that we are playing Spurs on Sunday. However many are also curious to see if Unai Emery will use the 3-5-3 formation once more.

Ukrainian side Vorskla Poltava have accumulated a total numberof 3 points, 7 less than their rivals. In spite of that, Vorskla will fancy their chances of at least second place with two games to go given they did manage to score two goals at the Emirates Stadium. Vorskla are winless over the last three games and are 4th in their domestic league.

Arsenal will be without Nacho Monreal who suffered a right hamstring injury and out for two weeks. Dinos Mavropanos with a Groin injury. Expected to return to full training in December and Danny Welbeck with a right ankle injury and recovering from surgery.

Doubtful for the gunners are Alexandre Lacazatte and Laurent Koscielny although the later recently played with the U23’s for 45 minutes.

It would be nice to see Eddie Nketia start upfront, we will most likely see other non starters given a similar chance as Unai may prudently rest some players for the upcoming North London Derby. Furthermore it’s not clear if Ozil will play or given an extended rest.

The notable team news for Vorskla is that they will be without midfielder Dmitry Kravchenko and Aleksandr Kobakhidze due to ankle ligament rapture and shoulder injury respectively. They should otherwise field a strong team.

This fixture has seen so much drama so far, one awaits to see if finally the game will actually be allowed to be played. It promises to be an entertaining match given the last one ended in a 6 goal thriller.