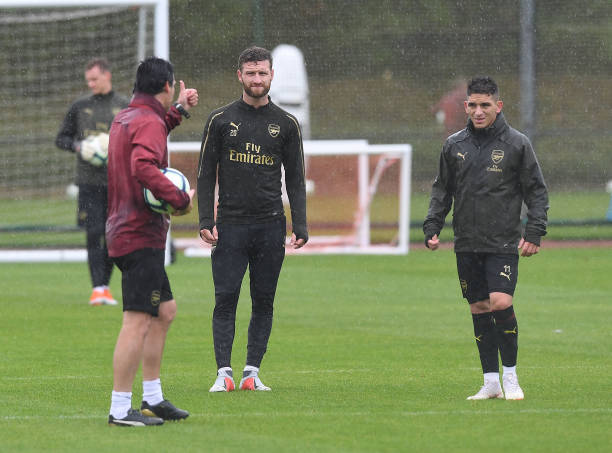 Arsenal signed Lucas Torreira from Sampdoria in the summer and the Uruguayan international has become one of the fan favourites at the Emirates Stadium. The gunners are surprised that they were able to get Torreira at such a low price yet he is a top defensive midfielder.

Lucas Torreira was not included in the starting eleven of Arsenal’s first three Premier League matches but he has since then become an important player in Unai Emery’s first squad because he balances the midfield of the gunners, and that’s a type of player that Arsenal has been lacking in the last five years. He is now refered to as the white Kante.

Shkodran Mustafi has played with Lucas Torreira for some months now and the German defender has praised the defensive midfielder because he sees him as a hard working player.

“I’m very happy for him. He played at one of my ex clubs, Sampdoria, so when he came here, it’s of course not easy, because it’s a different type of football in England.” Shokdran Mustafi told Arsenal’s official website.

“You have to give credit to him because he’s someone who works hard, who wants to work hard and who shows that on the pitch as well.”

The Arsenal fans will agree with what Shokdran Mustafi said because Lucas Torreira has proved that he is an outstanding player in the few months which he has spent at the North London club. The North Londoners will tomorrow face Sporting Lisbon at the Emirates Stadium and Shokdran Mustafi and Lucas Torreira are both expected to start because these gunners are in an injury crisis.