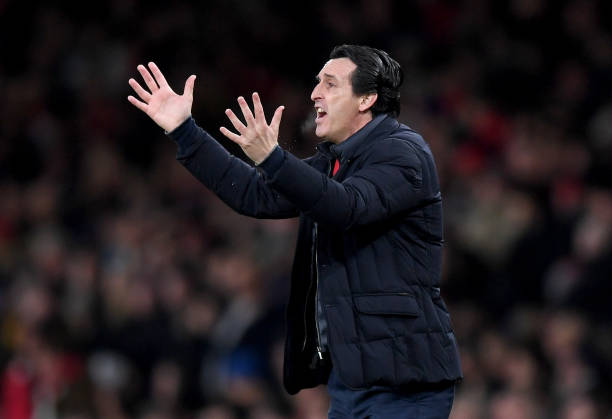 The gunners have lost twice in a row and they this time lose in the Carabao Cup. Arsenal welcomed Tottenham Hotspur at the Emirates Stadium and they have lost 0-2 thanks to goals from Son Heung-min and Dele Alli.

Unai Emery started Granit Xhaka as a centre back against Spurs but he however used the 4-2-3-1 formation. Mkhitaryan, Ramsey and Alex Iwobi were Arsenal’s attacking trio while Aubameyang played a solo striker. Matteo Guendouzi was paired with Lucas Torreira in the central midfield.

Mkhitaryan got an early chance to score but he however failed to get the ball past the Tottenham Hotspur goalkeeper who put on an incredible performance against the gunners throughout the whole game. Tottenham Hotspur looked confused in the first minutes of the game but they later recovered and capitalized on the missed the chances of Arsenal.

Alex Iwobi lost the ball in the Spurs half and the visitors started a counter attack, and the ball was passed to Son Heung-min who put the ball into the back of the net. The gunners had a couple of chances but failed to equalise hence the first half ending 0-1 in favour of Tottenham Hotspur.

At the start of the second half, Unai Emery decided to bring in Laurent Koscielny and took out Henrikh Mkhitaryan who had missed many chances in the first half. The gunners pushed for an equaliser but failed and Spurs doubled their lead through Dele Alli just after Alexandre Lacazette had been brought in.

Unai Emery later removed Matteo Guendouzi to bring in Eddie Nketiah but still things didn’t work out well for them as they have now lost twice in a row.

Arsenal 3-1 Burnley: How it happened