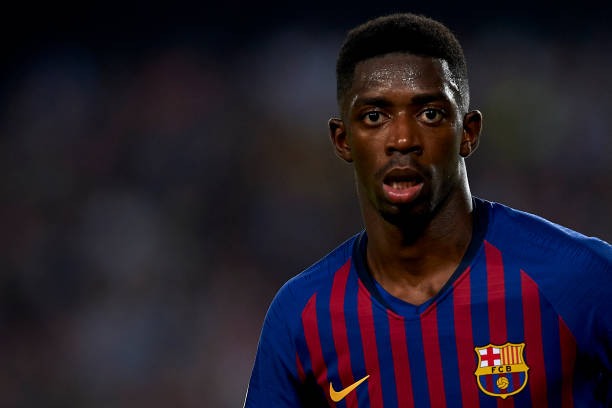 The gunners made five signings in the summer, namely: Lucas Torreira, Stephan Lichtsteiner, Bernd Leno, Matteo Guendouzi and Sokratis Papastathopoulos. These five have been impressive this season but the gunners still need new signings and luckily the January transfer window will be opening soon but they also might however also lose some of their players. Welcome to the Arsenal transfer news roundup.

The gunners have been without Mesut Ozil in their last four matches and they have won three of them, and drawn once so this kinda of shows that the North Londoners are a strong even without him. A report by the Daily Mail claims that the gunners will be ready to sell Mesut Ozil for a reduced fee of £25million to Inter Milan, it is however very unlikely because he just signed a new long-term deal to extend his stay at the Emirates Stadium.

Arsenal eats the dust in their pursuit of Ousmane Dembele

The gunners have for weeks been monitoring the situation of Ousmane Dembele at Barcelona because they hoped that the Spanish side might agree to let him go on a loan move to the Emirates Stadium since he has shown that he is a socialist yet they don’t like that. Arsenal has however eaten the dust in their chase for the World Cup winner as his teammate Nelson Semedo has confirmed that Ousmane Dembele is committed to Barcelona despite the transfer rumours.

Danny Welbeck to leave Arsenal at the end of this season

Danny Welbeck was doing great this season but he got a devastating injury that will probably keep him out until next year, the club hasn’t released his return date but it will be a long time with us not seeing him on the pitch. Most reports say that Danny Welbeck will not receive a new deal from Arsenal so he will have to leave in the summer.

The Mirror claims that Galatasaray is interested in the former Manchester United star who is currently injured.