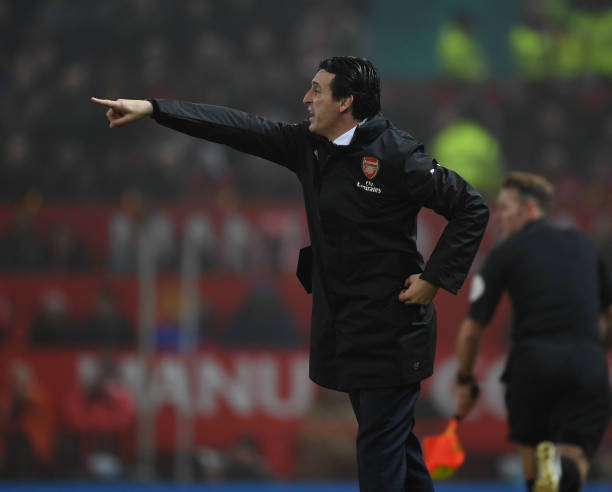 Arsenal will today welcome Tottenham Hotspur at the Emirates Stadium for the second time in December. The gunners lost their match against Southampton last weekend and they will be looking to get back to winning ways after that defeat. So let’s take a look at the expected Arsenal lineup to face Tottenham Hotspur today.

Unai Emery has used formations which let’s him use three centre backs but his defeat to Southampton will likely change his mind so that he can have a back four against their arch rivals Tottenham Hotspur.

Petr Cech has fallen out of favour under Unai Emery but he will however be in-goal against Spurs since the Arsenal boss has said that he will be using Bernd Leno in only Premier League while the other, goalkeepers be played in the Carabao Cup, FA Cup and UEFA Europa League.

Hector Bellerin did not finish the first half against Southampton but he will however will be assessed ahead of the Spurs game according to the club, so he will probably be with Kolasinac in the full back positions. Sokratis and Mustafi missed the Southampton game because they were suspended but they will probably start this game.

Granit Xhaka played in the centre back position on Sunday but he will today go back to his rightful position in the midfield. The Swiss international will be paired with Lucas Torreira in Arsenal’s central midfield.

Lacazette and Ozil didn’t start the match against Southampton but they will surely be in the starting eleven that faces Tottenham Hotspur. Arsenal’s attacking trio will consist of Mkhitaryan, Ozil and Lacazette.

Aubameyang has not been performing well in the last three matches but Unai Emery trusts him so much so he will also start tonight.