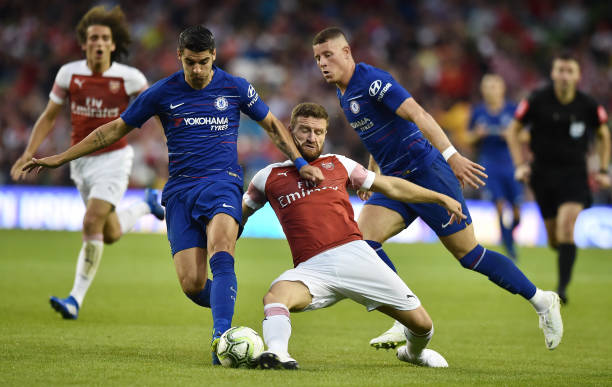 Arsenal will today welcome Chelsea at the Emirates Stadium and the gooners will be looking to see Mesut Ozil and Hector Bellerin make their way back to the starting eleven after having been on the sidelines for weeks.

So that’s the provisional Arsenal squad to face Chelsea this evening but Arsenal boss Unai Emery will choose only 18 players ( starting eleven plus the bench) on the above list of players that are available for this London Derby.

The gunners will probably not have any youngsters in the match day squad because most of them were allowed to participate in their respective youth matches. Most of the Arsenal supporters will be hoping that the coach includes Dinos Mavropanos in the starting eleven because they believe that he would make a great partnership with Sokratis Papastathopoulos.

Mesut Ozil was in the provisional squad to face West Ham United last week but he was however not included in the 18 man squad by Unai Emery, but he could be in the starting eleven that faces Chelsea today according to the predicted lineup to play in this London Derby.

The gunners have a great record at the Emirates Stadium this season because they have lost there just twice in this 2018/19 campaign and they will be hoping to keep it that way by getting a win or draw against Chelsea.

Bellerin Vs Hazard among three battles in today’s London Derby