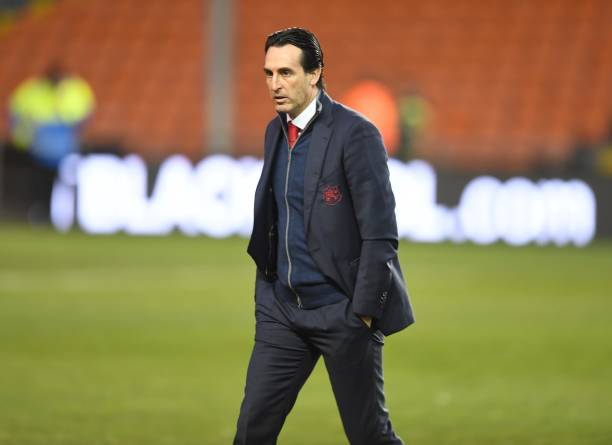 Arsenal fans have in the last few weeks been waiting for the club to announce new arrivals since the transfer window has opened but Unai Emery has just revealed the worst news ever as he claims that the club has no money to spend on players in this Winter transfer window.

The gunners have been linked with a number of midfielders like Ever Banega and Denis Suarez but none of these rumours have come true, and if you now see what the Arsenal coach has said, then it’s safe to say that the Gunners have not been able to get the signatures of these players because Arsenal doesn’t have enough money to spend.

Arsenal head coach Unai Emery faced the media today ahead of their match against West Ham United and he was asked about the transfer rumours linking Denis Suarez to the Emirates Stadium, and he said that the club can’t make payments to sign players except getting some on loan.

“We cannot make payments to sign players. We can only loan players. I don’t know about his [Suarez] situation. But we can only sign players on loan.” Unai Emery told the media.

“I know the club is working to find players who can help us, with this condition.”

So the gunners will have to negotiate with Barcelona on if it would accept to let go of Denis Suarez on a loan deal with an option to buy him in the Summer transfer window.