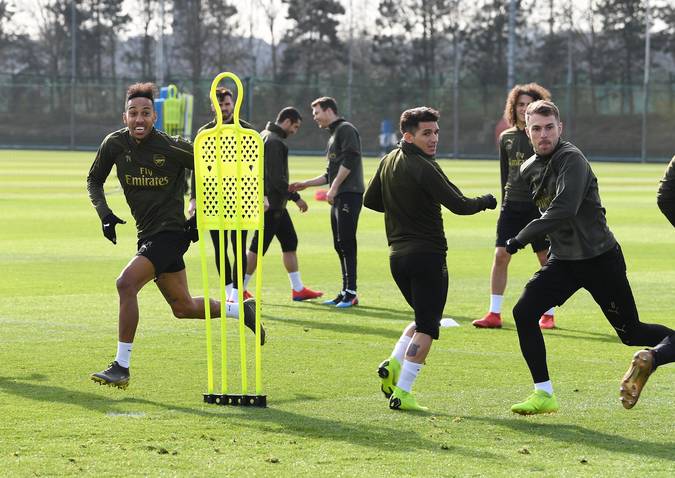 The UEFA Europa League is back in action today and Arsenal will be welcoming Bate Borisov at the Emirates Stadium. It’s a huge game for Unai Emery’s men because they messed up in Belarus last week but they will be hoping to beat them tonight so that they can progress to the next round of the competition. So let’s take a look at the expected Arsenal lineup to play today.

Petr Cech is Arsenal’s second choice goalkeeper and Unai Emery has decided to be playing him in the UEFA Europa League this season. So the Czech Republican international will be in between the goal posts tonight.

Sokratis Papastathopoulos has returned and Arsenal’s boss Unai Emery will now revert back to a back four. Emery said that Maitland-Niles was not feeling well so he could be replaced by Stephan Lichtsteiner. So Arsenal’s back four will consist of Lichsteiner, Sokratis, Koscielny and Kolasinac.

Lucas Torreira started on the bench last week but the coach won’t do that mistake once again because they missed him in the midfield in Belarus. Granit Xhaka is no longer trusted by Emery so the Uruguayan international could be paired with Matteo Guendouzi.

Denis Suarez has in the last few matches been given a few minutes because Unai wants to give him a spot in the starting eleven in a home game, so the Spaniard could start on the wing today. Mesut Ozil missed Arsenal’s match against Bate Borisov in Belarus but he will definitely start this evening. So Arsenal’s attacking trio will consist of Iwobi, Ozil and Suarez.

Alexandre Lacazette got red carded on Thursday last week, so Pierre-Emerick Aubameyang will start as a solo striker today.