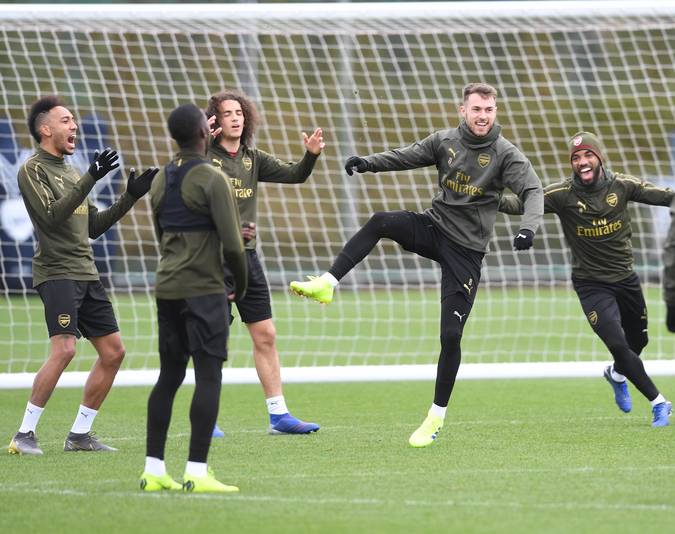 Arsenal has today arrived in France ahead of their upcoming encounter with Rennes and it seems like Unai Emery will be hoping to kill the game in the first leg because losing to BATE Borisov in Belarus saw him receive a lot of pressure from the fans. Arsenal boss Unai Emery has left both Stephan Lichtsteiner and Carl Jenkinson in London.

ARSENAL SQUAD THAT HAS TRAVELED TO FRANCE TO FACE RENNES

The Arsenal fans will be happy that Unai Emery decided to include Mesut Ozil in the squad that has went to France even though it has been clear that the boss doesn’t trust the German international in the away matches this season.

The gunners will be coming into this match after making a draw in the North London Derby at the weekend but they will be hoping to get back to winning ways this Thursday.

Matteo Guendouzi reveals why Unai Emery starts him in most matches