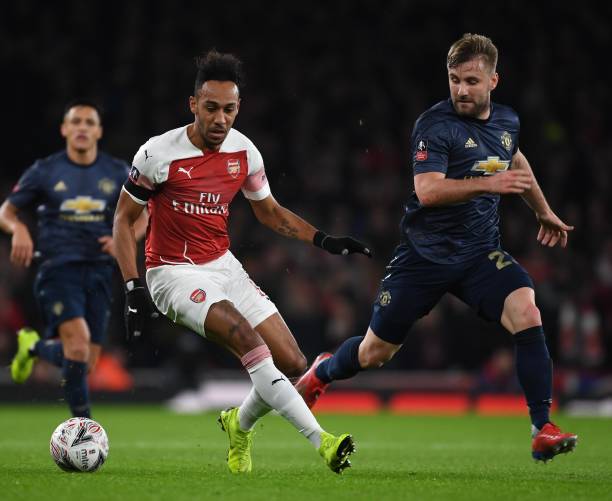 Arsenal will tomorrow face Manchester United at the Emirates Stadium and it’s going to be a must win game for the North Londoners who will be hoping to redeem themselves after they got beaten 3-1 in France on Thursday. It will however be tough for Unai Emery’s men to beat Manchester United because it will be high in confidence after eliminating Paris Saint Germain in the UEFA Champions League round of 16.

These two sides have met two times this season and one ended in a 2-2 draw at the Old Trafford while the more recent game ended 3-1 in favour of Manchester United hence Arsenal getting knocked out of the FA Cup. Arsenal head coach Unai Emery will be hoping to see his team get all the three points because them finishing in the Premier League top four could depend on this game since the season will soon end and besides, the North Londoners might not be able to progress to the UEFA Europa League quarter finals.

Manchester United has not yet lost an away match since they appointed Ole Gunnar Solskjaer as their manager and so they will be hoping to extend their run by beating the gunners at the Emirates Stadium but Unai Emery’s men will also boast of the fact that they have won their last 8 matches at their home ground. It’s going to be interesting to see who will come out as the winners because one team has a good away record while the other has been impressive at home, many pundits including Paul Merson have predicted a draw.

LONDON, ENGLAND – JANUARY 25: General view as Paul Pogba of Manchester United competes with Ainsley Maitland-Niles of Arsenal during the FA Cup Fourth Round match between Arsenal and Manchester United at Emirates Stadium on January 25, 2019 in London, United Kingdom. (Photo by Catherine Ivill/Getty Images)

Manchester United have received a massive boost ahead of the match against Arsenal because Herrera, Martial and Matic have all returned. This is bad news for the gunners because they would have taken advantage of these injuries on Sunday but they will now have to work hard to get all the three points.

Arsenal don’t have any new injuries except Danny Welbeck, Rob Holding and Hector Bellerin who are out for a long time after having their surgeries.

Rennes Vs Arsenal: A must win game for Unai Emery’s men