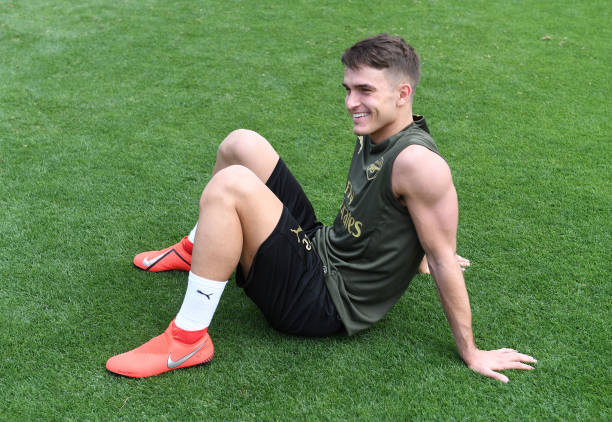 Arsenal signed Denis Suarez on a loan deal in the January transfer window and the gooners have been surprised as to why he hasn’t been given a start yet in the two months that he has been at the Emirates Stadium. Recent reports claimed that Unai Emery was going to let him go in the summer because he wasn’t impressed with his performance.

The report from The Sun claimed that Denis Suarez was not going to permanently join Arsenal in the summer because Unai Emery had told the club not to take that option when his loan deal expires at the end of this season. The report claimed that Unai Emery made this decision after seeing that Denis Suarez won’t be able to withstand the physicality of the Premier League.

Unai Emery included Denis Suarez in the squad that traveled to Dubai because he did not receive a call up from Spain. The midfielder has sent a message to the media that is reporting that he could be axed for being too weak for the Premier League.

PD: dont talk about my workouts if you have no idea. pic.twitter.com/rqyRyQhUfM

“Working hard, learning and improving. PD: dont talk about my workouts if you have no idea.”

Some of the Arsenal supporters have shown support to him in the comment section but he is sometimes criticized by the others because they believe that his substitute cameos in the Premier League have seen him easily get bullied by the opponents which implies that he is weak.

Denis Suarez will be hoping to impress Unai Emery in their training camp in Dubai so that he could finally start in one of their matches in April because the boss will definitely need to keep rotating his squad to prevent fatigue.