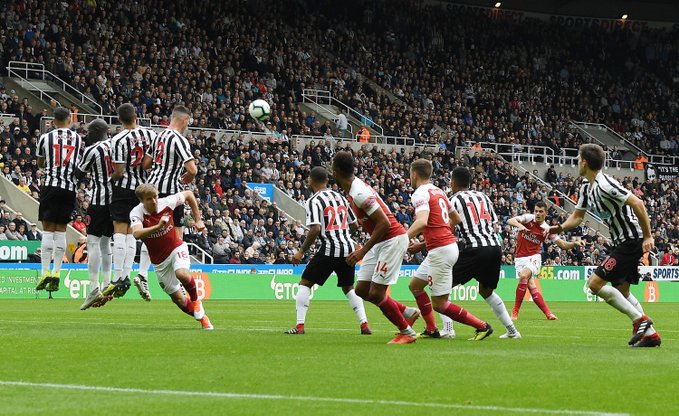 Arsenal will on Monday welcome Newcastle United at the Emirates Stadium for their 32nd Premier League match of the season. This match will be very important to Unai Emery’s men if they want to stay in the Premier League top four.

Most of the Arsenal fans believe that it will be an easy win because they will be at home and Newcastle United isn’t a very tough opponent but let us take a look at two reasons why the gunners won’t easily get the three points on Monday.

ARSENAL PLAYERS WILL BE UNDERPRESSURE

This match will be played on Monday when Tottenham Hotspur, Chelsea and Manchester United have already played their matches. The gunners are in the race for a top four finish with these three clubs so the results from these game could determine how important a win over Newcastle United will be!

It’s already an important match but if Chelsea, Tottenham Hotspur and Manchester United win their games this weekend, then this will mean that the gunners must not drop any points in their game against Newcastle United because this would throw them out of the Premier League top four. This will make the Arsenal players to play while under pressure, so playing on Monday is a disadvantage.

Newcastle United are the only club that has beaten Manchester City this season, it was a memorable result because it surprised everyone. So since Arsenal are also favourites to beat Newcastle United, they will need to be careful because The Magpies are very good when playing a defensive game.

Arsenal has always struggled when facing defensive minded clubs, so Unai Emery will need to come up with the best formation, lineup and tactics to break down Newcastle United on Monday because it will sit at the back throughout the game since they are away from home.