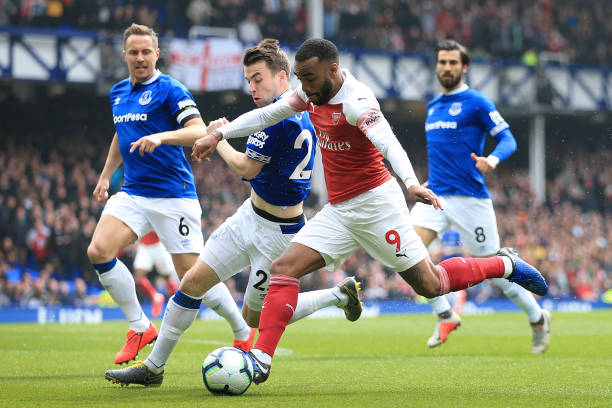 Arsenal has this season been poor in away matches but the fans were confident that they could defeat Everton because they were on form and the Toffees aren’t having a good season. Alexandre Lacazette was also in the starting eleven but he however failed to get on the score sheet despite getting a chance in the first minutes of the match.

Arsenal’s loss to Everton has brought back criticism for Unai Emery because some of the supporters have said that it’s common for him to lose away matches since he once failed to win an away match in the Spanish LA Liga with Sevilla. The gunners have also failed to keep a clean sheet away from home this season and that’s some of the reasons why Unai Emery has been criticized for failing to fix their poor away form.

Arsenal striker Alexandre Lacazette has however said that the loss to Everton was due to the players failure to follow what Unai Emery told them to do on the pitch. The Frenchman said in this in today’s pre-match press conference ahead of Arsenal’s match vs Napoli.

“On Sunday we played badly [against Everton], all the team. We didn’t do what the coach asked us but we still have confidence.” Lacazette told Arsenal’s official website.

The gunners are now in the fifth position on the Premier League table and they would have been third if not for their failure to beat Everton on Sunday but Unai Emery will probably feel happy that one of his players publicly defended him.

Report: Why Unai Emery hasn’t given Dinos Mavropanos any chances