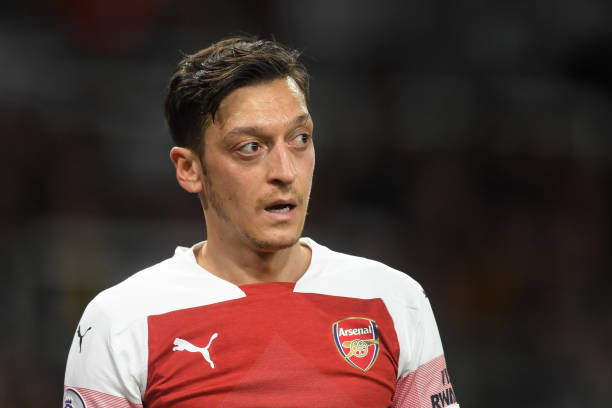 Mesut Ozil was in the starting eleven of Arsenal that faced Newcastle United on Monday and even though he didn’t score or make an assist, he had an incredible performance that earned him the man of the match award.

Mesut Ozil has this season been left out of the Arsenal squad by Unai Emery on more than one occasion because of some reasons like him failing to help his team defend when the opponents have the ball but it seems like the Arsenal boss has finally made him start playing as he requests. Mesut Ozil’s performance vs Newcastle United is proof of what Unai Emery expects from the German international because stats show he was both great offensively and defensively.

The Arsenal fans will definitely feel surprised that Mesut Ozil can now have stats which include him making 12 ball recoveries because he was oftenly called lazy in some matches last season. Arsenal’s head coach Unai Emery will be hoping that Mesut Ozil keeps up with this performance because he has so much to offer for the Premier League top four race and quest for the UEFA Europa League trophy.

Mesut Ozil has now started in Arsenal’s last two Premier League matches and this shows that he has now got back Unai Emery’s trust. 4