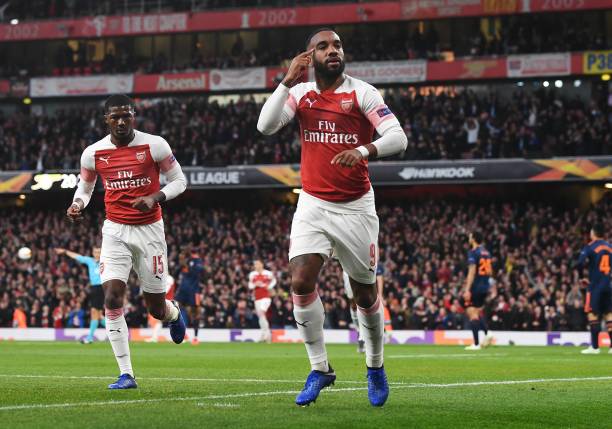 Alexandre Lacazette has officially been announced as Arsenal’s player of the season for his incredible performances in the 2018/19 campaign. It’s been a fantastic season for the French forward who has this season proved that the club made a great decision to sign him in the 2017 summer transfer window.

The French star has scored 18 goals and made 10 assists this season in all competitions despite having been benched many times by Unai Emery in the first few months into the new season. Lacazette beat Bernd Leno, Pierre-Emerick Aubameyang, Granit Xhaka, Lucas Torreira and Sokratis Papastathopoulos to become Arsenal’s player of the season. Alexandre Lacazette was extremely happy that the Arsenal supporters voted him as their player of the season and sent them a great message via the club’s official twitter account.

"Thank you to everyone who voted for me to be Player of the Season – I'm so proud… thank you so much!" ✌️@LacazetteAlex with the acceptance speech ???? pic.twitter.com/Y911QgTvoQ

“Thank you to everyone who voted for me to be Player of the Season – I’m so proud… Thank you so much.”

Pierre-Emerick Aubameyang has scored many goals than Alexandre Lacazette this season but the French star probably got the award ahead of him because of the important goals that he has scored. Aubameyang is sometimes inconsistent while Lacazette is an all round player who helps in the build up and is hardworking in all matches.