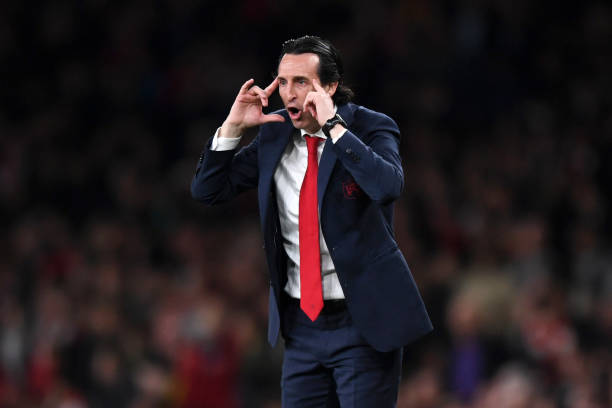 The Premier League ended yesterday and the gunners finished it with a 3-1 win over Burnley hence finishing in the fifth position with 70 points. Tottenham Hotspur who managed to get a top four finish were just one point above the gunners and that shows how this wasn’t a failure of a season for Unai Emery who is coaching a Premier League club for the first time in his managerial career.

Yes Unai Emery made some mistakes in the past few weeks which costed Arsenal a top four finish but there are more scenarios that you could use to show how the players were at fault as well like Aubameyang’s penalty miss in the North London Derby and Granit Xhaka’s decision to foul a Brighton player which saw the North Londoners share the points with the 17th placed side.

We always knew how Arsene Wenger’s successor would take a lot of time to fix the squad and make the team to be competing at the highest level but even though some might disagree, Unai Emery being just one point away from a top four finish and in a European final clearly shows how he is still the best man to coach the gunners in the next few years as they try to rebuild the once top club that has suffered in the last decade.

Arsenal will face Chelsea in the UEFA Europa League final and winning it will earn Unai Emery and his men automatic qualification to next season’s UEFA Champions League – the Spanish boss will have successfully got the club’s target of getting them back to the Champions League. Chelsea are a top side that will definitely give the gunners a hard time but Unai Emery has already shown that he is a big game manager and even beat Sarri in the Premier League at the Emirates Stadium this year.

Most of the Arsenal supporters have claimed that Unai Emery’s philosophy is boring and that it won’t help them to be in any Premier League title race in the future but what everyone needs to understand is that he is also trying to build a great squad full of players that will understand his playing style, this process doesn’t use just one transfer window. Emery will get a couple of other players in the summer and we will definitely see more of his philosophy next season, so it’s not fair to criticize his philosophy at this moment when you haven’t seen more of what he will bring at the North London club.