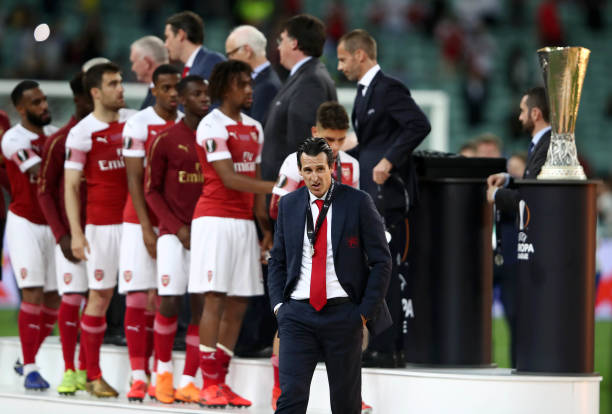 The 2019/20 Premier League season will kick off in August and Arsenal are yet to sign any player to strengthen their squad even though it is obvious that they need some new players to get a top four finish after failing to do so by one point last season. So will Arsenal make it to the Premier League top four in this upcoming season?

The Gunners are not considered a real title threat next season, offering real value at around 25/1. They also have less than a 50/50 chance to finish in the top four, according to mytopsportsbooks.com. Their top-four finish odds are currently 11/10, even though they finished just a point out of fourth and two points back of third last season. Curiously, their top-four odds are considerably worse than Man United (4/5), even though they outperformed the Red Devils in both points (70 vs 66) and goal difference (+22 vs +11).

Arsenal will be hoping to start the new season well this time as their first two matches will be against Newcastle United and Burnley as opposed to the two season opening games being against Manchester City and Chelsea in the 2018/19 campaign. Arsenal’s boss Unai Emery will be hoping that these two matches will give them some sort of momentum to get a top four finish.

Ramsey was an integral part of Emery’s squad last season but he has now joined Juventus so the gunners will be hoping to replace him in this transfer window but Arsenal fans will still be confident ahead of this new season as they still have Aubameyang and Lacazette who were their top scorers last season. And the good news is that both of them are getting their contracts renewed according to Football.London.

Arsenal was poor away from home last season and this will be among Emery’s main tasks in this summer because the gunners will easily once again be a regular in the top four if they can try to replicate their fantastic home form. The gunners lost just two Premier League matches at the Emirates Stadium last season.

Unai Emery will be hoping to improve his squad this summer and his main priority is believed to be the defence because his team was third in terms of goals scored by clubs in the Premier League last season but their defenders kept letting them down hence missing out on a top four finish. However it seems like the gunners will be looking to bring in new centre backs and have already identified William Saliba according to Goal.com.

As earlier said, if the gunners manage to improve their away form and get new centre backs that are up for the job, then they will definitely get a Premier League top four finish.

Emery Vs Ozil: How Arsenal can end this problem