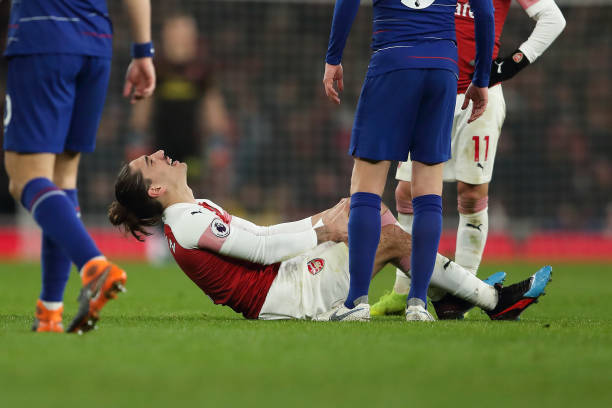 Arsenal right back Hector Bellerin has been on the sidelines since January after he got injured in their 2-0 win over Chelsea at the Emirates Stadium. The Spanish international then missed the rest of last season and the gunners will be hoping that he quickly comes back as they miss him.

The 2019/20 Premier League season will start in one month and it’s obvious that he won’t be in the squad that faces Newcastle United on matchday one as he is still undergoing rehabilitation. The club fully understands how Bellerin won’t be available for some time but it’s still unknown if the club will sign a back up right back or maybe use Maitland-Niles there in the mean time.

The gunners have however received some good news today as its reported by the Guardian that Hector Bellerin will make his come back ahead of Arsenal’s match against Aston Villa in September. This is fantastic news for Unai Emery and the Arsenal fans because everyone thought that Bellerin would return at the end of October but this report claims that he is ahead of his earlier reported schedule.

Arsenal’s boss Unai Emery will be hoping that Hector Bellerin recovers as soon as possible because the right back is very essential to his tactics since he is a coach that wants full backs to continuously make forward runs. The Arsenal squad is expected to travel to USA on Thursday but it’s hasn’t been confirmed if Bellerin will be with them.