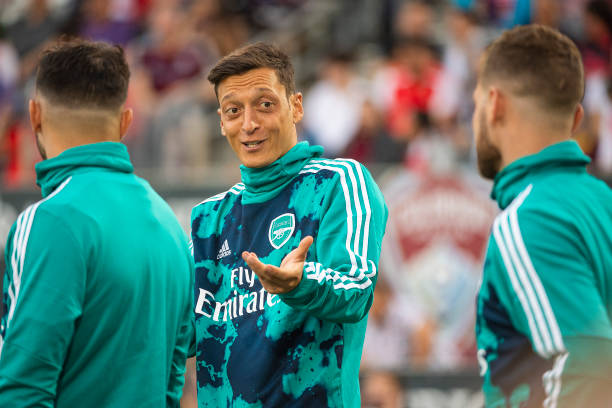 Arsenal appointed Unai Emery as their new boss in May, 2018 despite reports that claimed that he had a bad record of falling out with star player in his squads. The same has happened at Arsenal, atleast in the media’s eyes as they continually report that Mesut Ozil doesn’t get along well with Unai Emery.

It was evident in the first months of the new season that Mesut Ozil had refused to adapt to the demands from Unai Emery and he was often left out of the match day squad and this situation divided many Arsenal fans as some supported the player while others said that the coach was right. Cut to the more recent incident, Mesut Ozil was subbed off in the UEFA Europa League final and he strolled off with some unreliable sources saying he said some abusive words towards Unai Emery.

However, that’s all in the past as Unai Emery included Mesut Ozil in his squad that traveled to USA for their pre-season tour and the German international has spoken out about his relationship with the boss.

“What we spoke about, between me and the coach, I can’t tell you because if I say something now to you, in the future he does not want to speak to me again, so I have to take care of that.” Mesut Ozil told The Telegraph.

“We are speaking a lot and he wants to help me and I know what I can do on the pitch. I want to help the team and I think it will be going well this season, for me and the team.”