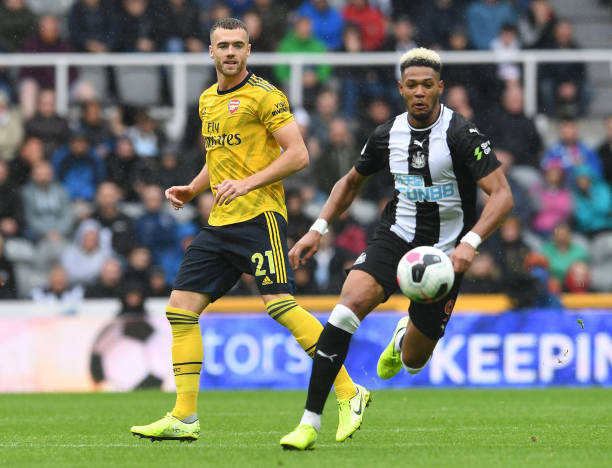 Calum Chambers,  24, has been at Arsenal for five years now after arriving at the Emirates Stadium as a teenager in 2014, the young Englishman was last season sent out to Fulham on a season long loan and he had an incredible season even though they got relegated. He was named as Fulham’s player of the season and their fans were hoping that he would stay.

As for Arsenal fans, we were debating how he must be sold in this year’s summer transfer window when he’s stocks are still high and everyone expected him to be used in the deal that would bring Wilfried Zaha to the Emirates but that obviously didn’t happen! We completely overlooked his development at Fulham as he now seems more composed and confident on the ball and could put in a great shift as a centre back for the gunners this season. He’s comfortable with playing out of the back and could prove to be less error prone than Shkodran Mustafi.

Calum Chambers has been impressive in the pre-season matches and his performance in Arsenal’s 1 nil win over Newcastle United can clearly show that he is better than Shkodran Mustafi and its great that Unai Emery has realized this as the German international wasn’t even in the match day squad. The Arsenal fans will definitely now be happy that Calum Chambers wasn’t sold as he could be important for them this season if either David Luiz and Sokratis get suspended or injured.

If Calum Chambers can keep up with his form then this shows how Arsenal has improved in picking clubs where it loans its players as the English defender has improved over there despite the fans wanting him to be sold this summer. Shkodran Mustafi will be sold in this summer according to reports and Calum Chambers will be taking his place.

Why Emery will start Aubameyang, Pepe & Lacazette against Liverpool

Report: How Pepe and Ceballos’ arrival could see Ozil play less this season