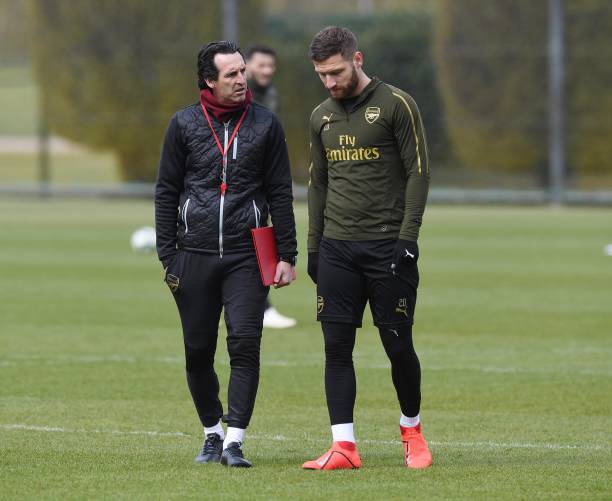 Arsenal completed the signing of Shkodran Mustafi in the 2016 summer transfer window and even though he had a glamorous start to his career at the Emirates Stadium, he started showing weaknesses in the following seasons and is now getting booed by his own fans.

Shkodran Mustafi has become an error prone defender in the last two years and he was one of the main reasons why Unai Emery’s Arsenal failed to get a top four finish last season and it’s widely reported that the 27-year-old has been transfer listed in this summer transfer window. The Premier League transfer window closed last Thursday but Arsenal can still sell its players abroad since their transfer windows are still open.

The Sun has confirmed that Arsenal has decided to sell Shkodran Mustafi in this summer transfer window even if it will see them recoup a small amount of the £35million that they paid to Valencia in 2016. The report claims that Unai Emery has also given up on the German World Cup winning defender since the fans have already turned on him as they even booed him during the pre-season matches.

The gunners are however yet to receive any offer for Shkodran Mustafi but there are rumours that Monaco might be interested. Unai Emery has already confirmed that he has told Shkodran Mustafi that he could leave the Emirates if he wants to but most reports claim that the former Valencia man doesn’t want to leave and is ready to fight for his place at Arsenal.