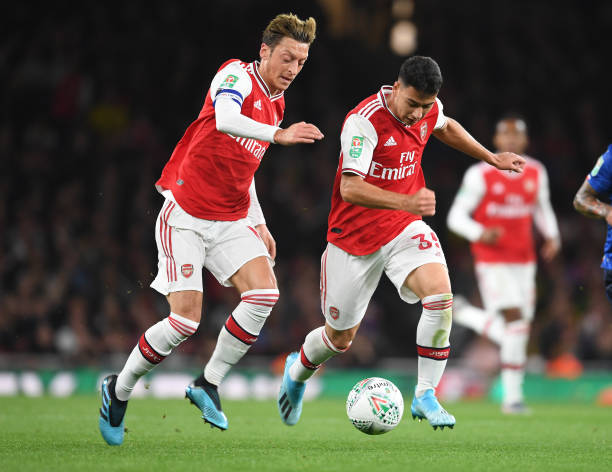 Arsenal will on Monday welcome Leeds United at the Emirates Stadium for the fourth round of the FA Cup and they will be hoping to get a win this game so that their players could get a bit of confidence since they have been poor in the last two months.

Arsenal will come into this FA Cup tie with confidence after defeating Manchester United 2-0 a few days back and even though the gunners will be rotating their side, Mikel Arteta will be hoping to see his side have a run in this competition as winning the oldest Cup competition in his first season would increase the belief that the gooners have in him.

Leeds United will not be a pushover for the gunners because they are currently having a good season as they are first in the Championship and so the gunners will have to be at their best in this game as an early exit would leave a bad impression on Mikel Arteta’s reign. Arteta will probably rest some first team players like Aubameyang, Sokratis and Luiz and give chances to fringe players like Shkodran Mustafi and Dinos Mavropanos who haven’t played a lot this season.

It is still unknown what decision that Arsenal will make regarding Eddie Nketiah but if he is in the squad that faces Leeds United then that would mean that the gunners won’t be loaning him. Reiss Nelson and Joe Willock will most definitely start the game and they will be hoping to use this opportunity to impress Mikel Arteta so that they can break into the Premier League starting eleven.

This will be the first time that Arsenal have met Leeds United ever since the 2012 game in which Thierry Henry scored the only goal of the match. These two sides have played 119 times and Arsenal have won 46 of those, drawn 32 and lost 41.

Kieran Tierney has been ruled until March and Calum Chambers will be out for six to nine months. Gabriel Martinelli and Hector Bellerin are doubts for this game and on a rather positive note, Dani Ceballos is fit to play.

Leeds United will be without Robbie Gotts and of course Eddie Nketiah who was recalled by the gunners this January.

Crystal Palace Vs Arsenal: All you need to know

Arsenal vs Chelsea: All you need to know