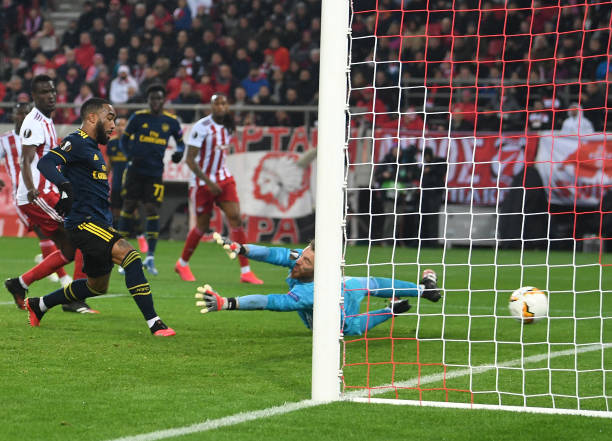 Arsenal will tomorrow welcome Olympiacos at the Emirates Stadium for the return leg of the UEFA Europa League round of 32 and Arteta will be hoping to progress to the next round of the competition with a big win in order to continue building confidence of the players as more wins would push them to continue performing well.

Arsenal come into this tie with a one goal advantage since they were able to get a 0-1 win over Olympiacos in Greece last week and this will help them to play with no pressure since the visitors will be the ones desperate for a goal since they gave away a precious away goal in the first leg. The gunners will however be confident of a win because the team that got a win over Olympiacos in the first leg was heavily rotated since the likes of Ozil and Torreira were on the sidelines but they however made a return in Arsenal’s 3-2 win over Everton.

Olympiacos manager Pedro Martins said that the gunners should be prepared to face his side at the Emirates Stadium because they will be coming for a win and Mikel Arteta will also probably not underestimate them since they will be facing a club that is first on its league table. The gunners returned to Premier League football at the weekend and beat Everton 3-2 and Olympiacos also got a win over second placed PAOK.

Arsenal released the latest team news today and Kolasinac, Tierney, Cedric and Calum Chambers will miss the UEFA Europa League game against Olympiacos. Aside from Sead Kolasinac’s injury on Sunday against Everton, the gunners have no other new injuries and they also have no suspensions.

Olympiacos will be without Ruben Semedo because he picked up a yellow card in the first leg. They will also be without Hillal Soudani who is out with a long-term injury.

Manchester City Vs Arsenal Match Preview & All you need to know

Arsenal Vs Newcastle United: All you need to know