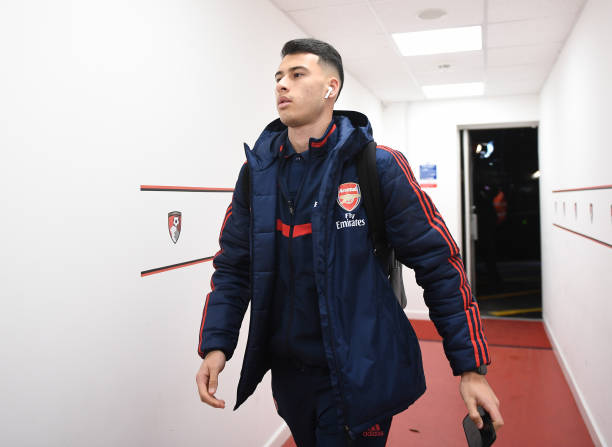 Arsenal signed Gabriel Martinelli from Brazilian fourth tier side Ituano for a reported fee of £6million and he has been impressive for the gunners in his first season at the club as he has scored 10 goals. Martinelli has played in both the left and right wing position and also in the striking position and so we today take a look as to why he would be better off being a centre forward than a wide player.

Gabriel Martinelli’s best games as an Arsenal player have come when he has been deployed as a striker and if you analyze most of his goals, you’ll see that he knows how to always get in the right positions that top strikers like Aubameyang are always occupying. Even though he might still be weak for now but Martinelli’s heading is incredible a seen in the game against Nottingham Forest, earlier in the season and other games that he was played in the centre forward position.

Former Arsenal boss Unai Emery used to mostly start Gabriel Martinelli in the striking position and it seemed to suit him better as the 18-year-old would use his pace to beat the centre backs hence getting in many goal scoring chances. Martinelli and Saka are both incredible talents but you can always see who is better in the wide role when they both start together as the Englishman is a great crosser of the ball while the Brazilian is the better finisher.

Martinelli is an incredible finisher.

Gabriel Martinelli has in the last few months been played on the flanks since that’s the position he has always said that he likes but one of the main problems has been failing to get past fullbacks since his dribbling isn’t very good at the moment and his crossing hasn’t been good but all these are things that he will definitely improve on in the future as he is just an 18-year-old.

However, in order for the gunners to get the best out of him now, Gabi needs to be playing as a striker and it is interesting how Mikel Arteta hasn’t given him a chance there yet Eddie Nketiah has sometimes started over Lacazette and Aubameyang in the centre forward position.

What are your opinions on Gabriel Martinelli being more of a striker than a winger, feel free to leave your thoughts

Report: Incredible stats showing how influential Saka and Martinelli have been for Arsenal