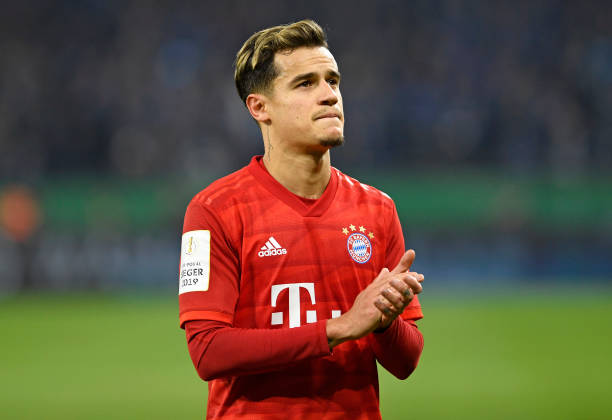 Philippe Coutinho left the Premier League in 2018 in a bid to join his dream club, Barcelona but things have not worked out well for him as he has this season found himself loaned to Bayern Munich due to not being good enough for the Catalan club. Arsenal have joined the race to sign Coutinho and it’s been reported that Barcelona have put up a number of conditions one must do before getting the Brazilian international.

Philippe Coutinho got loaned to Bayern Munich at the start of the 2019/20 campaign and he looked happy in the first months in Germany but he has however now failed to get back into the starting eleven and the Bundesliga Champions’ sporting director recently announced that they would not be permanently signing the 27-year-old hence him having to get ready to return to Barcelona.

ESPN reports that Arsenal and all clubs that are interested in Coutinho will be told by Barcelona that they need to meet their conditions to get the 27-year-old as he was a huge investment over there’s as they paid £142million to get him from Liverpool in 2018. The report claims that Barcelona will be hoping to get back half of what they paid and if a club wants him on loan, they must pay a loan fee of at least £10million as well as paying his full £250,000-a-week wages.

Barcelona are understood to be on the search for money in the summer transfer window since they will need to balance their books due to the effects of the COVID-19 pandemic but it will be interesting to see if Arsenal will be willing to accept these conditions set by the LA Liga champions since they will need to be very tight with their funds, and adding an excess £250,000-a-week wages to their huge wage bill would be a bad decision. Coutinho hasn’t spoken to the press about his future but his agent did say that the Barcelona attacking midfielder misses the Premier League.