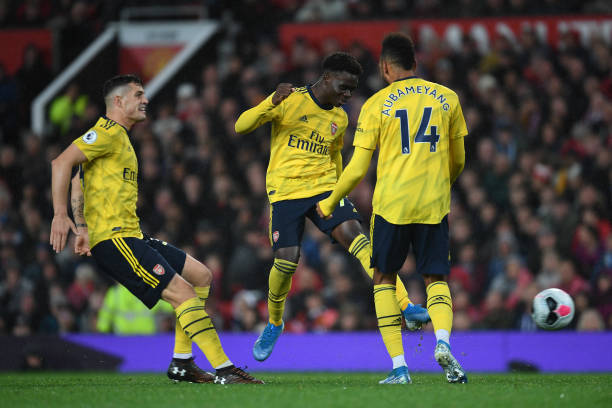 The Premier League restart hasn’t been as interesting as Arsenal would have hoped because they have lost their last back to back matches against Manchester City and Brighton & Hove Albion. Arsenal will this week face Southampton and here’s the predicted lineup with all eyes on Pierre-Emerick Aubameyang, Bukayo Saka and Granit Xhaka.

Arsenal goalkeeper Bernd Leno got injured in the game against Brighton & Hove Albion and so Emiliano Martinez will now have to step up in the remaining matches of the season.

Luiz is still serving his suspension and Mari is still on the sidelines for now. Arsenal will probably come with a similar back line that played at the weekend with the only exception being Kieran Tierney replacing Sead Kolasinac. Holding and Mustafi will both be hoping to cement a place in the starting eleven before Luiz returns to the squad.

it’s pretty clear that Arteta has decided to try and make Saka an attacking central midfielder and so him, Ceballos and Granit Xhaka who is coming back from injury will be selected as the midfield three that will support the front three while also defending the backline. Xhaka has been missed in the Arsenal midfield as he is great at passing.

Lacazette started Arsenal’s previous game and didn’t put on a great performance and so it is expected that Nketiah could replace him in the starting eleven while also being supported by Aubameyang and Pepe on the flanks.