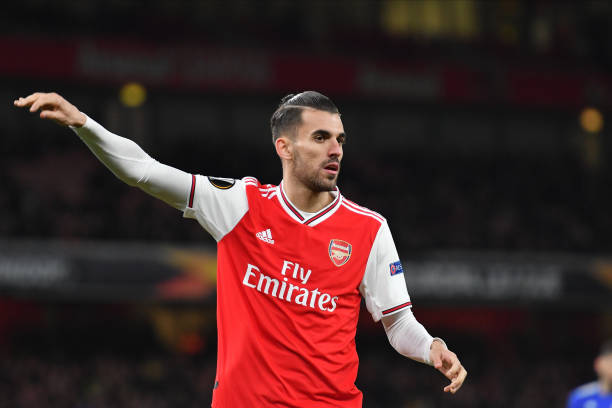 Arsenal completed the signing of Dani Ceballos from Real Madrid on a season long loan last year and even though he has had some struggles in his time at the Emirates Stadium, he has since February become a regular starter under Mikel Arteta. Reports from Spain have now revealed that Real Madrid have set an asking price for the Spanish midfielder.

Dani Ceballos had a great start to life as an Arsenal player as he assisted twice in their game against Burnley but he however started fading in the next few weeks as the North Londoners struggled in some games since Unai Emery’s time at the Emirates Stadium was near to it’s end. The 23 year old then later got injured in a UEFA Europa League game and then returned to full training with Unai Emery gone and Mikel Arteta as the new head coach.

Arteta was first hesitant to use him but Ceballos later won him over and went into his usual starting Premier League starting eleven. A report by reputable Spanish outlet Marca claims that Arsenal head coach Mikel Arteta wants the gunners to permanently sign Dani Ceballos and that Real Madrid have set an asking price of £22.6million to get the 23 year old who seems to be not favoured by their current boss Zinedine Zidane.

The report claims that Dani Ceballos’ future at Real Madrid depends on Zinedine Zidane as the midfielder will try this elsewhere if the Frenchman continues to be the boss of the LA Liga league leaders. As per the same report, Arsenal will have to face competition from Spanish clubs such as Valencia and Real Betis.

It is not surprising seeing reports from Spain about Arteta wanting Ceballos to stay at the club as the Arsenal boss himself has been talking about how he has been impressed with the progress that the player has made and that he wants the two clubs to start discussing.

Report: Arsenal to get chance to resign Aaron Ramsey just a year after his departure