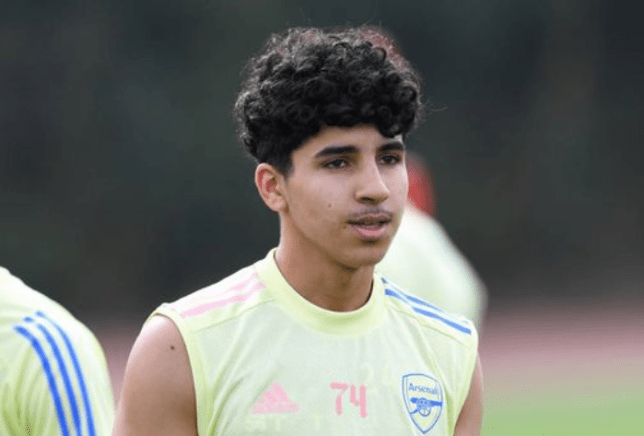 Arsenal have confirmed that Anass Salah-Eddine has joined the club on a free transfer after his departure from Dutch side Feyenoord earlier this year.

The Gunners earlier this week signed Jonathan Dinzeyi and Tim Akinola from Spurs and Huddersfield respectively in a move aimed at boosting their academy.

The 18-year-old midfielder is renowned for his agility and creativity in the midfield. Predominantly a central midfielder, Salah-Edidne has spent his youth career in the Netherlands, developing through the youth ranks in Rotterdam with Feyenoord.

“I’m a central midfielder and I like to play box to box. Offensively I’m a creative player and I can play with my left or right foot. I score goals and get assists, and defensively I like to think I do my bit too, especially in the transition.”

“First I want to become an important player in the under-23s and then eventually get involved with the first team in some capacity.” He told Arsenal’s official website

Arsenal’s academy looks bright with a lot of promising youngsters topped by the new recruits who have all joined on free transfers. It is highly likely that a couple of these youngsters will impress and soon join the senior team like Bukayo Saka.

Report: The latest on Maitland-Niles departure from Arsenal despite participating in friendly